In Asian countries, 3-wheeler market has expanded rapidly, because it is cheap and freight is large, compare to cars. For example, in India, the number of three-wheelers is increasing twice by these five-years. And the Philippines, Sri Lanka, Bangladesh also shows the same transition.

It is thought that electric-ization of the three-wheel taxi in Asia progresses rapidly, because of aggravation of air pollution, the high price and constant shortage of gasoline. For example, in India, gasoline cost has increased also 2.5 times by these ten-years, so the demand to the cut in fuel consumption by electric-izing is serious. By replacing a three-wheel taxi to electric one, the annual income of taxi driver can be raised by about 3 times.

They plan to establish branch office in India in this summer, and aim at world top share acquisition in 2014. 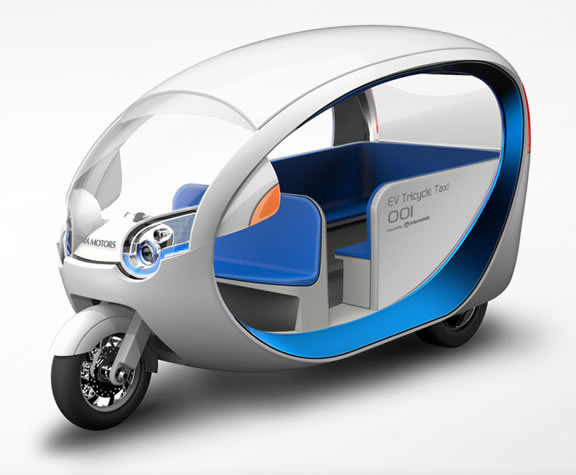