“The mystery was so intriguing I just had to create a story around it. Obviously, the authorities felt the same sense of conspiracy, since they are still investigating it to this day” said O. Nicholas Cicero, Author/CEO at Third Street Creations, LLC. Readers will enjoy a cast of characters that offer callousness, complexity and humor. While the stage is primarily set in Iowa, the novel brings the global theatre into play, in this politically charged thriller.

Assassin’s Breach is available in multiple eBook formats and can be downloaded at www.amazon.com and www.smashwords.com.

About the Author
O. Nicholas Cicero is a native New Yorker, born and raised in the borough of Brooklyn. Now a resident of Iowa, he is admitted to practice law in both Iowa and Minnesota. He received his Bachelor of Arts degree from The University of Iowa and Juris Doctorate from The University of Tulsa College of Law. Post law school, the author worked for federal and state regulatory agencies in various capacities. 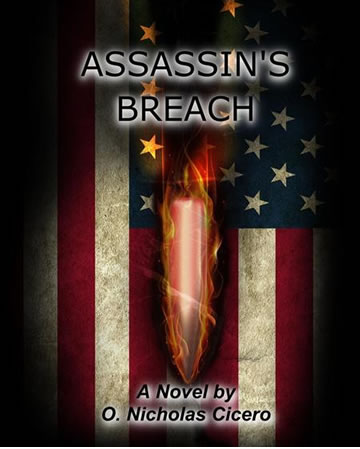