NY, New York, 2016-Jul-12 — /EPR Network/ — Technology company Castle Builders (IL) announced today that it is raising funds via the rewards based crowdfunding platform, Kickstarter, to launch a marketing campaign for their revolutionary technology for creating apps, called Bookclip. The launch of the campaign occurs exactly three weeks after Castle Builders’ Bookclip app had won the 1st place at the Asia Smartphone Apps Contest which was held in Hong Kong by sweeping the judging panel, industry elites and experts from smartphone apps industries in Japan, China, Hong Kong, Singapore, Taiwan, South Korea, Malaysia and Israel. The company set out to raise $35,000 to aid their marketing efforts and produce the first batch of their latest invention, hoping to change the digital publishing market, by making app creation simple and accessible to everyone. 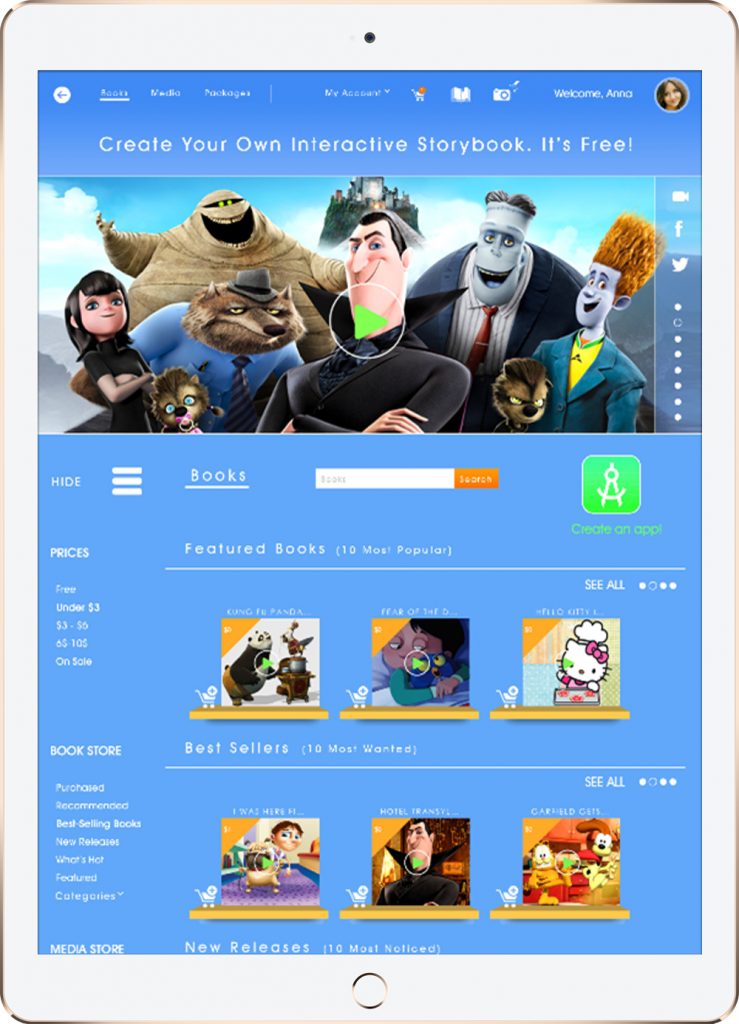 For the past two years the company has been working diligently on enhancing its groundbreaking technology for creating interactive multimedia apps. The company has partnered with prestigious companies such as DreamWorks Animation and Sony Pictures Animation and utilized Bookclip, its “app for creating apps,” for publishing interactive multimedia apps, based on movies and on premium content such as Kung Fu Panda 2, Hotel Transylvania, LazyTown, Hello Kitty, The Kids Animated Bible and Garfield. Altogether, the company has launched over 30 phenomenal apps for the various smartphones and tablets, out of which 90% have reached the Top 20 charts on the American Apple App Store, with a track record of over 2,500,000 downloads. All the apps were created using the Bookclip editor, which as of today is available for the public to use, free of charge, at www.bookclip.com. 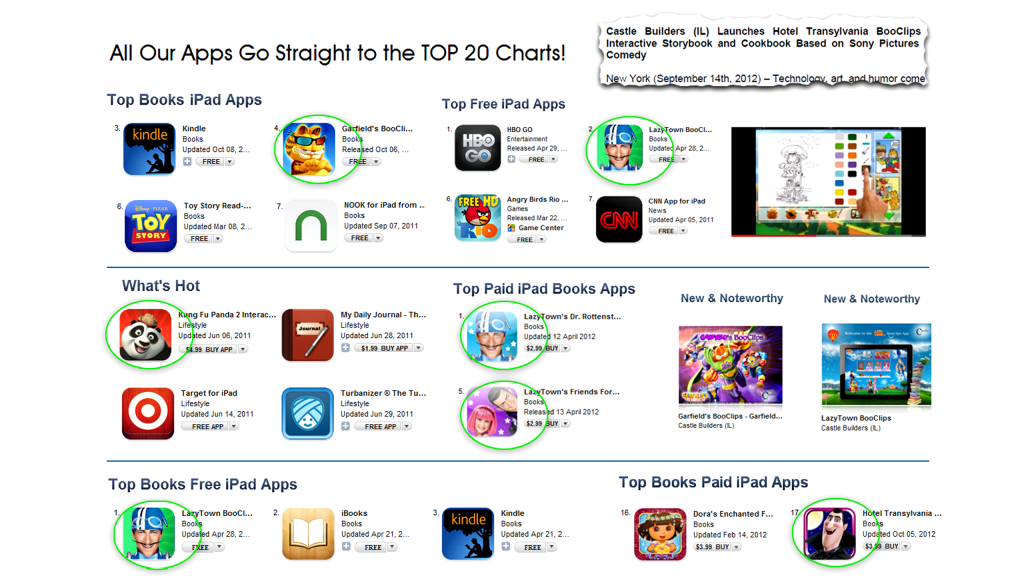 The Bookclip Editor allows users to upload and import any media from any device and major social network such as Facebook, Instagram, Flickr, Google or YouTube. Through the use of user-friendly wizards and tons of multimedia to choose from, creating interactive multimedia apps has never been more accessible. By offering access to free and paid photos, animations, cool sound effects and music to choose from, the Bookclip marketplace becomes the perfect hub for finding content and multimedia. It is the ultimate place for musicians, photographers and artists for promoting and selling their artistic work.

Designed to be intuitive and user-friendly, the interface is responsive and is compatible with any computer, tablet and smartphone. Each app could easily be published for the iPad, iPhone and the Android on the Apple App Store, the Google Play or to Windows App Store. 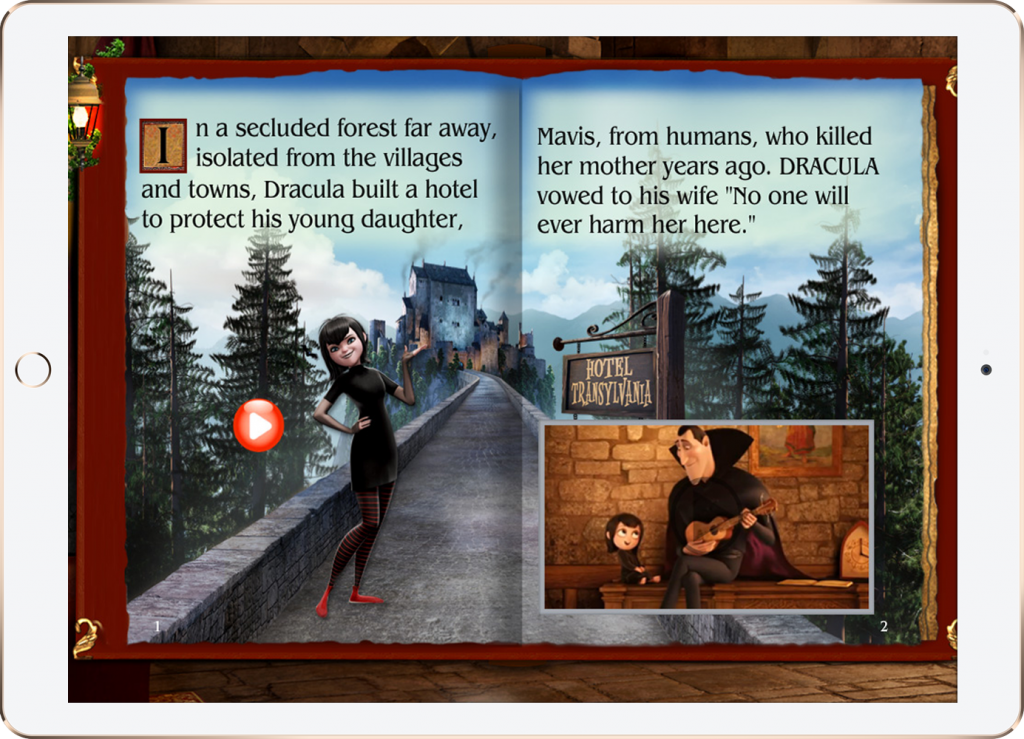 “So many people wish they could create an app of their own. Our goal was to make it accessible and affordable to anyone by ensuring that no programming or design skills were necessary.  Publishing apps just got easier and more vivid than ever and Kickstarter is the perfect place to launch it,” said Castle Builders CEO Gil Abramovich. “Thanks to videos and animation support users can easily create interactive multimedia apps that would stand out from the competition, in no time and with very little effort.”

Up to date, the company has raised a capital of approximately 1 Million USD through private investors and grants from Microsoft, the Chief Scientist and Google, who is also the provider of the cloud storage infrastructure for Bookclip.com.

The Kickstarter campaign is available at:

A demonstration of the product’s capabilities can been found on YouTube at www.youtube.com/Bookclip

Castle Builders (IL) is a software company that specializes in the development of innovative apps and disruptive technologies. Its vision is to reinvent storytelling by opening the app creation process to the public and making it accessible and affordable to everyone. The company works diligently to deliver an inspiring experience by harnessing its state-of-the-art technology for the creation of a user-friendly interface and incomparable features. The first iPad app the company had created using the Bookclip editor has reached the 2nd place on the US Apple App Store, and the 1st place in the Books category, surpassing renowned apps such as Facebook, Twitter, iBooks, Disney’s Toy Story, Google Earth, CNN, NASA, Angry Birds etc. – with over 20,000 daily downloads. In addition, on June 2016 the company’s app for creating apps had won the 1st place on the Asia Smartphone Apps Contest in Hong Kong.

Additional information is available on the company website http://www.bookclip.com/#/about

Kickstarter is an American public-benefit corporation based in Brooklyn, New York which has built a global crowdfunding platform focused on creativity. The company’s stated mission is to help bring creative projects to life. Kickstarter has reportedly received more than $1.9 billion in pledges from 9.4 million backers to fund 257,000 creative projects, such as films, music, stage shows, comics, journalism, video games, technology and food-related projects. On June 21, 2012, Kickstarter began publishing statistics on its projects. As of February 13, 2015, there were 207,135 launched projects (7,802 in progress), with a success rate of 40%. The total amount pledged was $1,523,718,656. People who back Kickstarter projects are offered tangible rewards and one of a kind experiences in exchange for their pledges. This model traces its roots to subscription model of arts patronage, where artists would go directly to their audiences to fund their work.

Additional information is available on the company website www.kickstarter.com