KIEV, Ukraine, 2016-Oct-07 — /EPR Network/ — At the autumn 2016 in Kiev, “Ukrainian Crisis Media Center” held a press conference devoted to summarizing children’s charity project “The summer cinema camp of peace”. During the press conference, its position on the need for intensive work with children living in frontline areas of Donbass, shared initiators of the project – Producer Anna Kapustin (cultural and educational initiative “Yellow Bus”), filmmaker Larysa Artyushina (NGO “New Donbass”) founder of the Foundation “Initiative for the future” Igor Iankovskyi, who sponsored the initiative, as well as a representative of the Embassy of Lithuania in Ukraine – Jonas Danilyauskas and the participating young girl-actress Sonia Lysenko. 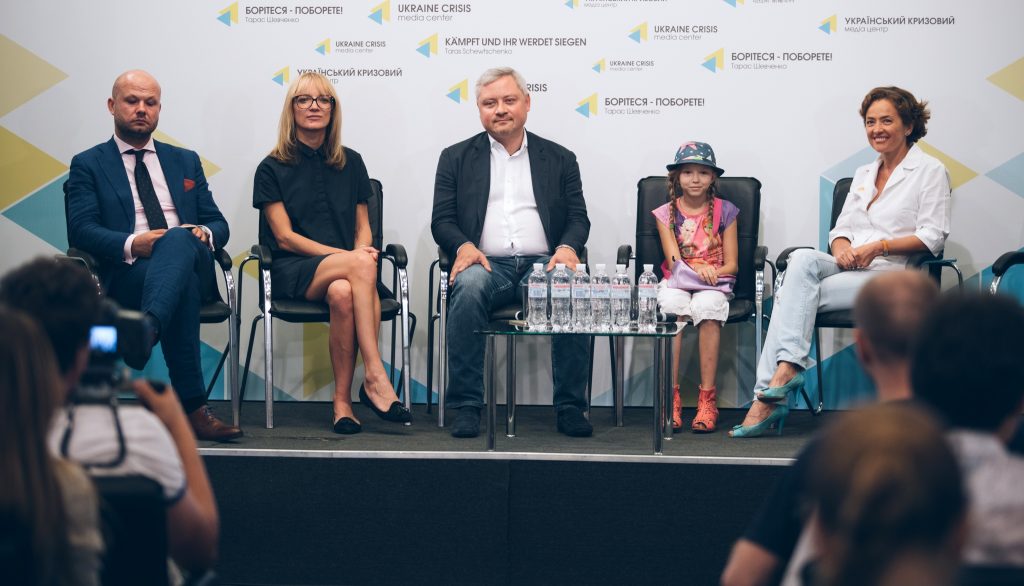 “The summer cinema camp of peace” – is a volunteer cultural and educational project whose organizers set a goal to not only the patriotic education of youth, but also establishing interaction between children from peaceful areas and from front-line areas, training and creative development through language cinema. The team joined the project promising professionals in the field of cinema, theater, music, fine arts and other creative professions.

Founder of Foundation “Initiative for the Future”, patron Igor Iankovskyi said the high level of professionalism with which the creative process came organizers and volunteers “are the movies filmed children are flush with the short films presented at Cannes or Berlin film festivals. This is made possible through the efforts of the organizers and volunteers ” The summer cinema camp of peace”, I’m sure, that the entire world should meet with Ukraine because of the work of talented young people and prompted me to support this wonderful initiative. I call on other foundations, community organizations support such projects in Ukraine “, – said the philanthropist Igor Iankovskyi.

“The cinema camp participants were 48 children-students aged from 10 to 16 years old. They were chosen based on the results of a competition that is held in Mar’yinka Village, Krasnohorivka Village and Luhansk city in the May of this year “- said the director Larisa Artyushina. In just two weeks they were able not only to create the full creative teams but also capture the four (4) short films where children are the writers, cameramen, directors and actors, and even tried myself in ten contiguous cinematic professions. 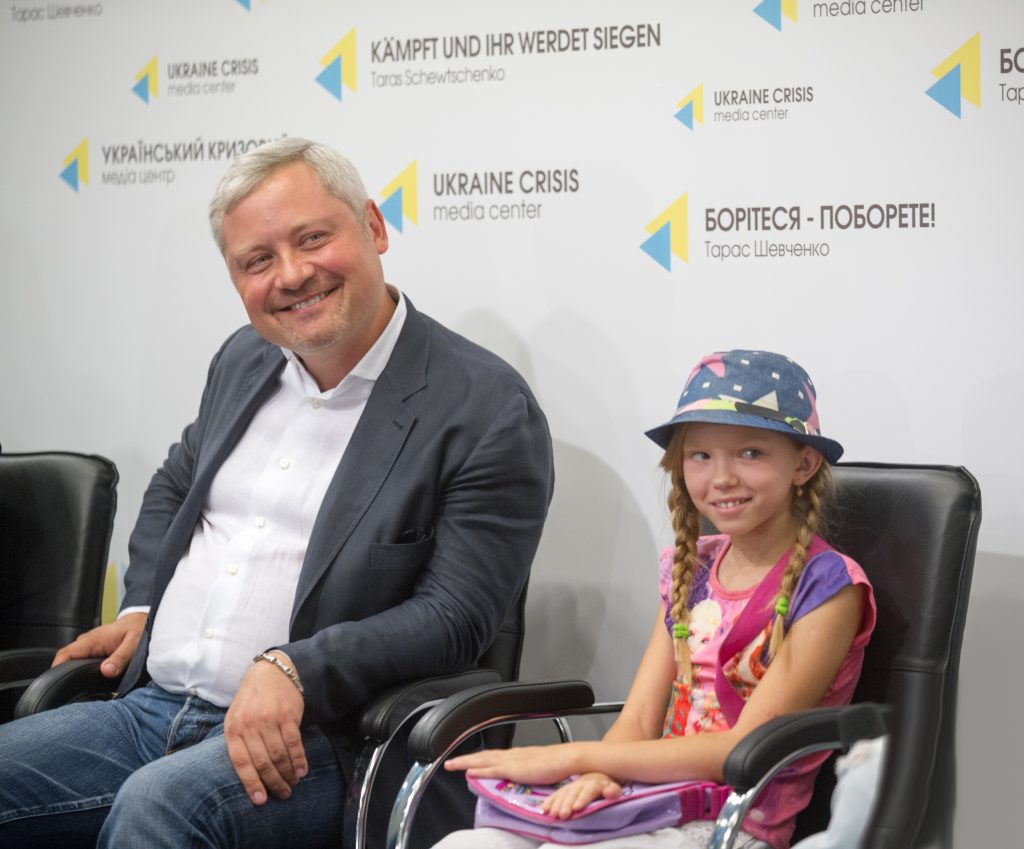 Earlier, just after returning from “The summer cinema camp of peace” near Odessa, the initiators of the action with their young wards met in Kiev with the Igor Iankovskyi, who supported the charity project. During the meeting, which was held in an informal setting, project organizers thanked Igor Iankovskyi for financial support, through which they can realize all its plans. The talented children shared their vivid impressions they received from the time spent in the camp, from training, participation in the realization of their film projects. During the meeting, the children presented their short films that impressed all participants with its depth and professionalism.

Igor Iankovskyi Charity Foundation “Initiative for the Future” develops active cooperation with NGOs and activists that aim to support the younger generation Ukrainian, talented children from different regions of the Ukraine. Thus, care for the children who were in the zone of military conflict in Eastern Ukraine Foundation Igor Iankovskyi in cooperation with the NGO “All-Ukrainian Organization for IDPs,” this summer provided the great rest for 90 refugee children from the Ukrainian cities of the zone of military conflict – Lugansk city, Donetsk city, Anthracite city, Gorlovka city and Mariupol city. Thanks to financial support, patron, children, whose fate touched by the war, and the rest were rehabilitated in the children’s restcamp “Zmina”, which is in Borodyanka district, Kyiv region.

“Childhood should not be burnt by war, as the new younger generation Ukraine – is our common future, that we must protect and nurture with the care and attention,” – emphasizes its position of principle Igor Iankovskyi. Patron promised that he will continue to support the initiatives in arts and culture for supporting the talented Ukrainian youth.