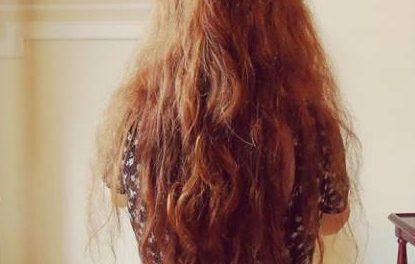 DUBLIN, Ireland, 2016-Oct-24 — /EPR Network/ — Annie Fisher, UCD graduate and world traveler, will be publishing her debut novel The Greater Picture on November 7th through Amazon Paperback and Kindle, dedicated to her cousin- a once emerging Irish actress and poet- who died tragically at 18.

The Greater Picture documents the struggle of today’s generation- brought up without God or religion- to believe in something as the end of one of their own approaches. The novel draws a portrait of five original characters upholding attributes to today’s millennials- the despondent business man, the hippy, the quiet introvert, the mysterious love interest- through Alexandria’s eyes as she faces her own looming death and fear of the unknown.

Annie Fisher was inspired to write the novel after her cousin, Rhiannon Lee Doyle, passed away from cancer in 2007. Fisher became fascinated with a search for meaning after travelling through the Buddhist temples of South-East Asia where she compared eastern philosophy to ideologies established in other movements such as the Wiccan clan in Ireland (in which she has family connections) and in her own Irish Catholic upbringing. Fisher graduated from University College Dublin last year with an Honors Degree in English with Film Studies.

“I was completely drawn in by the melodic prose and the unique focus on terminal cancer, religion and trying to find yourself as death draws closer. I loved how philosophy and storytelling is so deftly woven into the narrative.”- Madeline Milburn, agent to author of Girl on a Train, praises The Greater Picture.

The Greater Picture will be available from Amazon Paperback and Kindle from Monday the 7th of November 2016 with an official book launch in Café en Seine, Dublin 2 on November 8th at 6pm. 20% of book sales on the night will go to the Irish Hospice Foundation to support better end-of-life care.

Find out more at www.shewritesnovels.com.