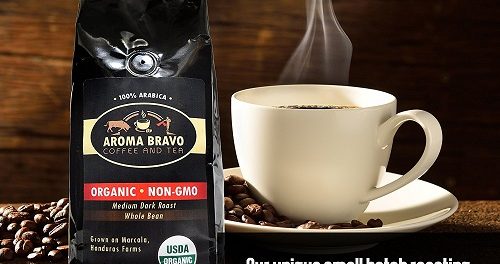 CARSON CITY, NV, U.S.A., 2017-Apr-28 — /EPR Network/ — Recently, a great number of coffee experts and baristas have been distressed by the viral fame of the Unicorn Frappuccino. The trend started when a coffeehouse giant offered the glitzy drink at local stores across the country. Although only a limited edition, the Unicorn Frappuccino has garnered massive attention on social media—with thousands of users raving about the infamous vibrant, candy-colored drink.

While this new creation was a huge hit among coffeehouse chain consumers, it has prompted very strong reactions from the specialty coffee community. Many aficionados were appalled, including the experts at Aroma Bravo Coffee and Tea.

“The Unicorn Frappuccino looks so fun and fluffy on the outside, but it certainly doesn’t taste as good as it looks,” one Aroma Bravo expert said. “It draws you in with its quirky name and appearance but other than for getting more Instagram likes, it doesn’t really give value to your money.”

Another Aroma Bravo expert revealed that the specialty drink leaves a sour taste in the mouth, quite literally. “I took a sip to see what the fuzz was about. I expected it to be sweet and dreamy, but it tasted very tart. It’s an insult to the best of the specialty coffee drinks, and reminded me again why aficionados avoid commercial coffeehouse chains in the first place,” he remarked.

A few days ago, the Unicorn Frappuccino officially ended its run as a limited edition special. Baristas and other coffee professionals should be relieved, but a weird feeling remains. The Aroma Bravo experts are convinced the drink will come back again for more social media attention.

Only time will tell if the Unicorn Frappuccino was simply just a myth, or another creature will take over. In the meantime, coffee lovers who want to drink real coffee can get their whole bean coffee at www.aromabravo.com.