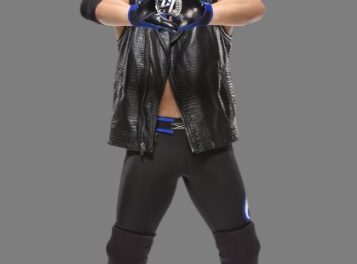 To describe AJ Styles in a word? Phenomenal… and he would be the first to tell you that, along with many, many, many other things.

While he might be full of himself, absolutely no one can deny Styles’ ability. Known the world over for his in-ring prowess, thrilling aerial maneuvers and supreme confidence, Styles has found success everywhere he’s traveled, accumulating an incredibly impressive résumé, capped off by sports-entertainment’s most prestigious title, the WWE Championship. But, despite his tremendous talent and fierce intensity on the mic, his often underhanded tactics have overshadowed his achievements on more than one occasion.

Since making his long-awaited WWE debut in the 2016 Royal Rumble Match, The Phenomenal One has brawled with the likes of Chris Jericho, The Miz, Roman Reigns, Kevin Owens, Dean Ambrose and Dolph Ziggler and has further solidified his reputation with important victories over John Cena.

Wizard World Comic Con Columbus is also the place for cosplay, with fans young and old showing off their best costumes throughout the event. Fans dressed as every imaginable character – and some never before dreamed – will roam the convention floor and participate in the famed Wizard World Costume Contest on Saturday evening.

The 2017 Wizard World convention schedule is available at: http://www.wizardworld.com/comiccon.