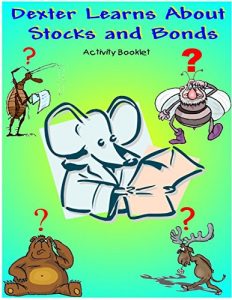 Chicago, Illinois, 2018-Feb-05 — /EPR Network/ — With the stock market recently reaching dizzying heights, a program called Stepping Stones is providing parents with a fun means to educate their children on the workings of stocks and bonds. Being sold on Amazons’ Kindle store at the following link, the resource uses reading comprehension and mathematics to introduce third grade level children to a topic most of them won’t learn about until much later on in life (if at all). The primary character in the series is an inquisitive mouse called Dexter, who through the three books Dexter Learns About Stocks, Dexter Learns About Bonds and Dexter Learns About Stocks and Bonds Activity Book, uses interactions with his friends to educate children on the subject matter in a way which is both fun and entertaining. “It was important to make the character easily identifiable to children, so that they would become and remain engaged in the lessons being taught.” said creator of the program Anthony Rhodes. 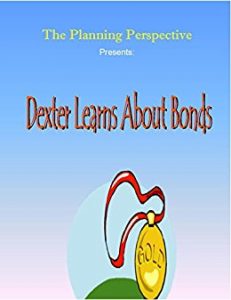 The first book uses Dexter’s conversations with his friend, Wise Wally (an owl) to teach children how stocks work. “Wise Wally is an interesting character.” said Mr. Rhodes. “We naturally associate wisdom with owls, so using him to introduce Dexter to stocks was an easy decision to make.” The following book introduces a few more of his friends, as they approach a dilemma involving a racing contest. “The characters are confronted with a problem that most kids will immediately recognize.” he continued. “But solving it requires some quick thinking.” The final book challenges the child’s comprehension of the first two books, with puzzles and games designed to reinforce the information previously learned. “There are traditional entries, such as crossword puzzles and word searches, but I’ve also included unique mathematical and reading comprehension brainteasers, which are presented in a way which is so engaging, that most children don’t realize that they are actually learning something that is usually considered complex to many adults.” 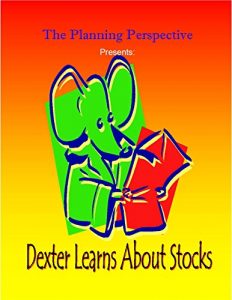 Mr. Rhodes has been in the investment management business for many years, and developed the program as a means of providing parents with a resource for giving their children an early edge on a topic which normally has a veneer of mystery surrounding it. “At some point in their lives, these children will grow up and have to deal with stocks and bonds, so gaining an understanding of their workings at an early age provides them with that much more of an advantage.” he followed.

Stepping Stones is a natural extension of Mr. Rhodes’ agenda of educating individuals on the importance of investing. Through his popular How To Invest blog (www.howtoinvestblog.net), he guides readers on just about every aspect of the investing process; from the introduction of investment tools, to devising investment strategies. “Unfortunately, many individuals think of the stock market as the exclusive realm of the elite, and this thinking prohibits them from being able to take advantage of its growth potential.” he stated. “With my blog, I attempt to alter this belief so that just about anyone can learn about its workings, and the program definitely reinforces this idea.”