Siri has been a great assistant for iOS users and it comes with many great features. However, a novel feature among all is the introduction of Type-To-Siri that has been made better with every new version of the operating system that hits the market. Now, if you have been a fan of this feature over the years, you may already be looking to master it in iOS 11 and start using it without any delays. Here we have detailed everything about how you can enable Siri in iOS 11 and use it on your latest iOS device.

A popular resource on Apple’s products, https://www.applepit.com, outlines these steps that you need to follow for enabling Type-To-Siri on your iOS 11 device. Let’s take a look.

Once you have enabled Type-To-Siri feature on your iOS device, pressing Home button for activating Siri will show the keyboard along with the option for typing your commands to your Siri assistant. These typed commands work very much the same way as spoken commands and Siri will answer all your queries. 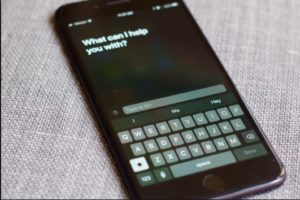 As you may already know Type-To-Siri is the accessibility feature which is getting attention ever since it was first introduced. And the simple reason for that is everyone wants to give typed commands to the Siri assistant rather than speaking them out loud in public.

Before the feature was introduced by Apple, you had to do take the old-fashioned route for doing stuff like adding entries to the calendar and do all the tapping and scrolling around in Calendars app if you were not interested in talking to Siri. However, with Type-To-Siri, you have to simply type your command and Siri will do it for you. For instance, type “Lunch at Tiffany’s at 12 pm tomorrow” and your assistant will add that to your calendar itself. Name a contact along and their contact details will be hooked to the reminder as well.

To put it simply, the novel feature we’re talking about here gives you access to everything Siri can help you with but that doesn’t require you to talk your way through. One thing worth mentioning here, however, is that you have to pick one method at a time for input. You can either Type or Speak to Siri and can’t switch between them on the fly. The reason for this is that it’s an accessibility feature that you can set and forget. But if you switch on Hey Siri then you can use both the features simultaneously. So, if you don’t have any issues with that, this option gives you the best of both worlds.

The Type-To-Siri feature also comes with an interesting text shortcuts feature as well that allows you to make sure that you don’t need to type in any long commands again and again. For example, in order to type ‘make appointments with’ you can use ‘appt’ as your shortcut and it will allow you to quickly set up your appointments with no need to type the entire sentence. 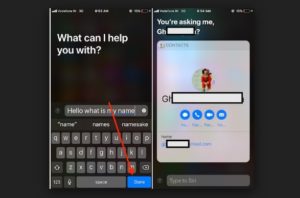 Though Type-To-Siri feature works with the built-in keyboard of your iPhone by default, you can still use your external keyboard that you might already be using your iPad as well. That’s even better when your keyboard features Home Button and lets you call up Siri as you type. Siri can be asked to make some appointment, or play your favorite song, or search something for you on Google simply by typing it with the keyboard. You can use the feature and avoid lots of tapping around. For example, you just have to press the Home key from the keyboard and start typing your instructions or whatever message you want to send, and Siri will put it in iMessage that you can send right away. Alternately, you can set up a note simply by invoking Siri assistant and typing ‘Note’ before hitting the return key. You will then be prompted to enter the text that you want to be added to that note. Enter the text and hit the return key. Remember, now if you will type something else and again hit the return key, Siri will put it in a separate note.