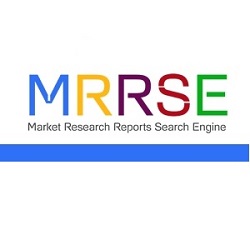 Albany, USA, 2018-Jun-14 — /EPR Network/ —Lithium-ion batteries have established their place as the leader in the power and energy densities for mobile applications. The global lithium-ion battery market is anticipated to witness a relatively strong growth over the coming years due to its extended penetration in electronics industry, especially in smartphones. Exploitation of natural sources for graphite production coupled with strict regulations pertaining to the production of natural graphite is anticipated to result in short supply of graphite. The need for substitute sources has augmented. Upsurge in demand for lithium-ion batteries is likely to be soon challenged by the development of next-generation batteries. Silicon anode batteries are expected to foresee extensive growth owing to the added advantages that they provide with such as enhanced performance capacity of silicon and low use of the anode material.

The global smartphone consumption is projected to expand at an outstanding rate with its consumption growing extensively in 2018. Currently, thinner, lighter, and faster smartphones with relatively advanced features have been developed and preferred more by the consumers across the globe. Nevertheless, manufacturers have been unable to improve the battery capacity as per the requirements. Operations such as video streaming, playing high graphic resolution games along with RAM/ROM utilization, and others reduce battery performance. Moreover, graphite anode’s performance in the lithium-ion batteries reaches its ultimate capacity in almost 1000 cycles. Thereby, replacing graphite with silicon raises the capacity of the battery by 10 times. This is expected to raise the demand for silicon as an anode material in lithium-ion batteries in the long run.

In this course, Russia is currently moving towards import substitution and government initiatives are increasingly impacting the economy across various economic sectors. For instance, in IT sector, the government plans to develop its own operating systems with a view to oust Microsoft’s Windows from its present market. For developing its own consumer electronic devices, such as laptops, tablets, and smartphones, the Russian Ministry of Industry and Commerce has come up with a new plan which outlines various steps Russia needs to take for achieving this substitution.Consumption of Silicon Anode Battery by Automotive Sector to Prevail

In automotive, nano-composite material of silicon in lithium ion battery enhances the battery performance significantly. As a result, silicon anode batteries are deliberated as the next generation battery and they are mostly employed in plug-in hybrid electric vehicle, electric vehicles, hybrid electric vehicles, and electric bicycles. With the growing demand, the need for advanced features is also increasing in the automotive sector. A foremost drawback of silicon anode is the bulging of anode, which ultimately weakens the battery’s performance. For overcoming this drawback, many research labs and universities have contributed much in the development of silicon anodes using nanotechnology, which enhances battery performance. In October 2016, researchers at the University of California advanced a highly porous silicon anode by using a cheap source of silicon such as diatomaceous earth to alter it into silicon dioxide and pure silicon nanoparticles by magnesiothermic reduction.

Market Research Reports Search Engine (MRRSE) is an industry-leading database of market intelligence reports. MRRSE is driven by a stellar team of research experts and advisors trained to offer objective advice. Our sophisticated search algorithm returns results based on the report title, geographical region, publisher, or other keywords.