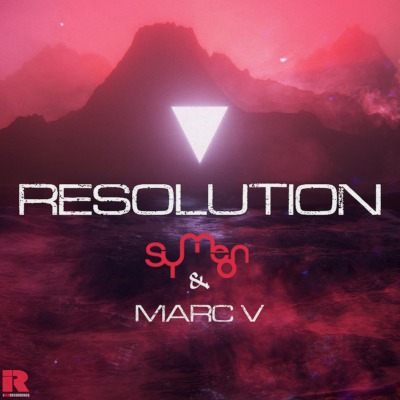 LOS ANGELES, Calif., 2019-May-23 — /EPR Network/ — The songwriters and producers of future-house music known as Symeon and Marc V have released their latest official single, “Resolution.” In addition to the considerable talents of Symeon and Marc V, “Resolution” also features a performance by Al Pimentel. The single has been proudly published as an independent release without the involvement of the corporate music industry on the iRED Recordings record label. Driving, verve-charged, and stylish as all hell, “Resolution” showcases Symeon and Marc V as one of the most intriguing electronica duos of the year so far and promises that they have plenty more where that came from.

Los Angeles’ Symeon and Marc V cites as main artistic influences Nora En Pure, Sons of Maria, and EDX. Symeon and Marc V’s own sound takes elements from each of these and adds something fresh and unique for a result unlike anything today’s music fans have heard before. With an emphasis on beats, hooks, and addictive melody lines, “Resolution” by Symeon and Marc V has a little something for everybody.

Asked to describe the overall meaning of “Resolution,” Symeon and Marc V writes, “This one year collaboration work between friends is a bit of melodic-trance and future house. Check out this sexy track and the sax version by Al Pimentel.”

Symeon and Marc V’s collaboration began in the aughts when they ran a trio of nightclubs called RED. The popular venue had locations in Los Angeles, San Francisco and Las Vegas.

“Crazy Good Times!” they have said of their work as DJs. Having come together in the Y2K-era underground rave scene, their material spans the variety between trance music, electro house, and Miami breaks.

“It’s all about the mood and the groove,” they write, “making tracks that get you going regardless of genre.”

Their current bio states that “When not in the studio, Symeon and Marc V remain busy in the local underground scene. You can catch them at events, bars, raves and shows infusing stunning synths, heavy-hitting baselines, and massive drops.”

“Resolution” by Symeon and Marc V on the iRED Recordings label is available from over 600 quality digital music stores online worldwide now. Get in early, electronica fans.

“Resolution” by Symeon and Marc V –