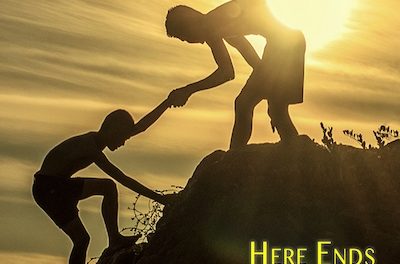 New York, USA, 2019-May-23 — /EPR Network/ — He’s a man who wears many hats. Musician, spiritual leader, author and entrepreneur Darrell Kelley has released a steady stream of recordings in the last year. “Storm Is Coming” was his debut R&B/contemporary Gospel EP in 2018 acting as the musical launch pad leading to multiple radio singles that included the radio chart climber “Believe in Something (Kneel)”, a scathing rebuke of the Colin Kaepernick controversy and critique of the lack of social justice many races and economically struggling citizens are afforded in our society. To kick off 2019 he officially released his debut album titled “Unity”.

April 25, 2019, is the worldwide retail street date for Bishop Darrell Kelley’s sophomore album, “Here Ends the Lesson”. Like “Unity” it shares his philosophies of love, acceptance, respect, and of course unity, which he detailed in his “The Book of UWGEAM”. The book that spawned a new religion Kelley calls UWGEAM. UWGEAM is an acronym used to summarize his belief in the God of the universe, God of the world, God of all gods, God of everything, and God of anything including one’s self. Beliefs he not only shared with millions of viewers on his programs broadcast on The NOW Network, but also as a guest on various ABC, CBS and NBC television networks. The title, “Here Ends the Lesson” is not only intended to reflect these ideas, but is a subtle clue to his fans on where he plans to go with the music and concepts on a yet unnamed third album dropping later in the year.

A North American radio and press campaign has already been launched to promote “Here Ends the Lesson”. The album name is also the last song of nine tracks on his compilation which hints of a move from a non-secular focus to a more secular direction for the artist. Mainstream R&B and Gospel radio stations have already been serviced with “Tell Jesus on You”, which is also a featured track on this full length release. Additional personal appearances will be announced in upcoming weeks. Darrell Kelley’s press kit will be provided upon request to all members of the media by contacting the representative listed below. He is presently available for interviews and/or appearances. Additional news, updates and other information about upcoming events may also be found at: www.facebook.com/darrellkelleysmusic