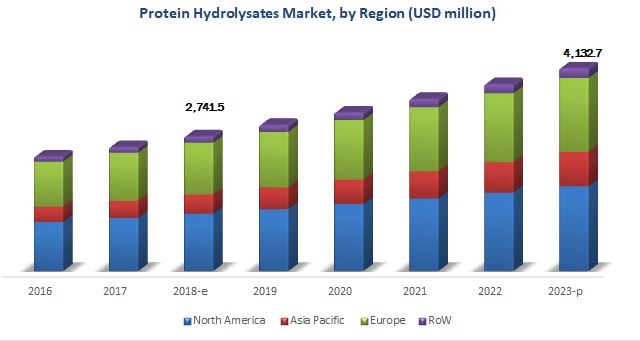 Protein deficit among the population

Protein is one of the three major macronutrients that help build tissue structure. Protein deficiency is one of the key reasons for malnutrition among the population, especially among infants across the world.

Protein-calorie malnutrition (PCM) and protein-energy malnutrition (PEM) are the two major types of protein deficiencies. Kwashiorkor and marasmus are the two common diseases caused by PCM and PEM; kwashiorkor occurs when protein is deficient, but the overall energy is sufficient, whereas marasmus is said to occur when both protein and energy are deficient. PEM occurs more frequently among infants and children between one and five years.

Protein-energy malnutrition (PEM) causes wasting (very low weight and height) and stunting (very low height for age) due to deficiencies of micronutrients such as proteins, carbohydrates, and fats. Wasting and stunting are common effects of malnutrition among children under five years of age. Infant nutrition plays a significant role in decreasing the level of protein deficiency among children, especially for those under five years of age. Protein hydrolysates are one of the most preferred ingredients for infant nutrition, thereby driving their demand for the infant nutrition applications.

Protein hydrolysates require high investment in innovations and product development, which increases their production cost. Hence, many small and medium-sized manufacturers are not able to enter this market. As a result, most developing countries such as India and Brazil import protein hydrolysates from developed countries.

Moreover, high R&D costs lead to an increase in per unit production cost; price sensitive countries in Africa, South America, and South Asia mostly rely on other forms of protein such as protein concentrates and protein isolates.

Some leading companies have been continuously expanding their protein hydrolysates product portfolios through extensive research & development. For instance, Abbott Laboratories (US) and Koninklijke DSM N.V. (Netherlands) have been engaged in launching new protein hydrolysates, along with bio-active peptides to strengthen their product portfolio. For instance, after a long R&D, in May 2015, Abbott Laboratories launched the non-GMO version of Similac Advance infant formula in the US. According to the company, GMO products are safe; however, the company launched non-GMO products as per consumer demand.

The infant nutrition segment is estimated to account for the largest share in the protein hydrolysates market, in terms of value, in 2018. Protein is one of the three major macronutrients that help build tissue structure. Protein deficiency is one of the significant reasons for malnutrition among consumers, especially among infants across the world. Protein hydrolysates are beneficial for all infant formula as they are easy to digest. Among other reasons, food allergies and the inability to breastfeed also contribute to the development of infant nutrition products, which increases the demand for protein hydrolysates.

In 2018, the North America region is estimated to hold a significant share in the global protein hydrolysates market whereas Asia Pacific is projected to grow at the highest CAGR during the forecast period. The presence of large food & beverage and nutraceutical industries offers the North American protein hydrolysates market a prominent consumer base as well as growth prospects. The Asia Pacific market is driven by the economic growth of the region, coupled with the increasing demand for nutritious food & beverage products.