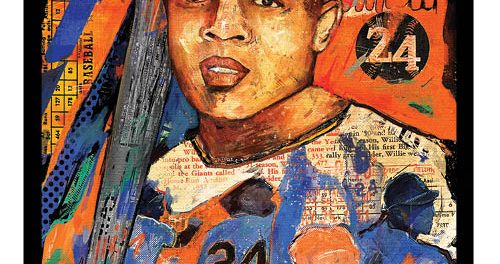 NEW YORK, NY, 2020-Mar-27 — /EPR Network/ — The Topps Company and its fast-growing on-demand platform TOPPS NOW™ today announced one of the most unique, transformative and eclectic offerings in company history: “Project 2020,” a first of its kind effort that combines some of the most iconic cross-generational cards in the company’s nearly 70 year history with baseball, re-imagined by some of the world’s most influential, creative and eclectic artists, cartooners and pop culture influencers.

Some of the notable artists on the list include celebrity jewelry designer Ben Yang…aka Ben Baller; Chicago based designed Just Don, who has worked with Kanye West and Nike on major projects; Mexican American tattoo and graffiti artist Mark Machado, known as Mister Cartoon; Australian Tyson Beck, whose recent resign of the NBA logo in the image of Kobe Bryant became an international cause célèbre; New York native and design artist Sophia Chang and L.A. Based streetwear artist Joshua Vides.

The first two cards, issuing today, include Ben Baller’s Ichiro (2001) and Jacob Rochester’s Sandy Koufax (1955).
Each of the 20 artists will reinterpret 20 cards, representing baseball’s greatest stars from the 1950s to the present day. The cards will only be available for a 48-hour period from the time each is introduced.

“When we think of the collectible world and where it has evolved today, sports and pop culture continue to collide,” said Jeff Heckman, Global Director of Ecommerce. “We could not think of a better way to expose trading cards to a new audience than working to reinvent some of the classic baseball cards and personalities of the game of baseball through the eyes and hands of many of the world’s greatest pop culture figures of today. ‘Project 2020’ will be a must have for core and casual baseball fans, and will more importantly showcase the names and stories of the artists and the players on the cards to a global audience whose interests lie well beyond the sport. It is a transformative move we are very excited about.”

The artists participating in the set include:
Ben Baller- jewelry designer with a huge celebrity following that includes Kanye West, Drake, Snoop Dogg and others
Tyson Beck- Australia based, recently redesigned the NBA logo to look like Kobe Bryant, with a petition to change the logo with over 3 million signatures.
Sophia Chang- Queens native whose lifestyle illustrations and basketball cards have landed her collaborations with Nike, Adidas and Puma.
Efdot- NYC based, paints murals with the ubiquitous “Blob” character as the star of his pieces
Ermsy- Cartoon style UK artist living in Paris, whose popular works include reimagined classics like Garfield and Betty Boop.
Fucci- Toronto-based artist who paints vibrant post-pop art and ligne-claire style illustrations with a minimalist approach.
Groteskito- Creative director for Nike basketball
Blake Jamieson- N.Y. based painter who has done portraits for over 350 professional athletes including numerous prominent NFL players.
JK5- based in Brooklyn, native of North White Plains, N.Y., who weaves layers of poetry, spirituality, symbolism, color and line across various media.
Just Don- Chicago based, worked with Kanye West on a number of collaborations, including projects for Nike and Mitchell and Ness, as well as other NBA apparel.
King Saladeen- Philadelphia based NBA artist who has done murals at the Philadelphia Airport and various NYC locations.
Mister Cartoon- L.A. based :West Coast style” tattoo artist who has done illustrative work for Kobe Bryant and Snoop Dogg, and tattoo work on CC Sabathia’s back. Currently working on a mural at L.A. landmark Casa Vega.
Naturel- Creative Director for many apparel projects from Crooks , painted one of the most famous Kobe Bryant murals in Los Angeles.
Old Man Alan- Sacramento-based, tastemaker who advised a number of brands
Jacob Rochester- L.A. based native of Connecticut whose Allen Iverson hair progression art has garnered some attention
Keith Shore- Philadelphia based; the lead creative for Mikkelar Beer
Gregory Siff – lives in L.A., worked with MLB on a number of projects including Stance
Matt Taylor- Brighton, U.K., artist who specializes in movie poster designs and has collaborated on projects with Marvel, Amazon Studios, LucasFilm and more, as well as ESPN for the US Open tennis tournament.
Andrew Thiele- based in NYC, drew “Whole Squad Ready” art for 2018 World Series; has worked for ESPN on MLB and NBA graphics.
Joshua Vides- Black and White style, based in LA, famous collaborator with Converse in 2019, also produced “locker room art” for MLB at the 2018 All-Star Game.

The images on the cards can be seen at https://www.topps.com/project2020