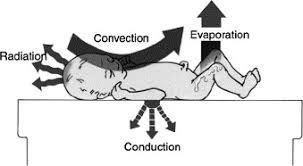 In this pandemic situation the World economy will go on recession, in this condition how “Neonatal Thermoregulation Market” is running , their growth, market emerging and market nature, XploreMR provides useful insights on the competitive landscape and key player strategies in a new study titled “Neonatal Thermoregulation Market: Global Industry Analysis 2012 – 2016 and Opportunity Assessment 2017 – 2027”

Get Sample Copy Of This Report: https://www.xploremr.com/connectus/sample/389

For instance, U.S. based companies such as GE Healthcare and Natus Medical Incorporated provide high-end technologies such as Giraffe OmniBed, which is the combination of an incubator and a radiant warmer that allows carrying out a clinical procedure without any disruption.

A limited number of paediatric clinics and specialists is a major problem encountered across various countries. For instance, in the United States, there are inadequate number of neonatal nurses and specialists due to the expenses of additional training.

This has created a major shortage in the neonatal care industry in the country. This has resulted in major multi-chain hospitals focusing on increasing their footprint by opening paediatric clinics in various locations in the United States to further increase access to neonatal clinics or children hospitals.

For instance, in 2013, Stanford Children’s Health established specialty service centres along with California Pacific Medical Centre in San Francisco and seven more areas in the San Francisco Bay area. The number of neonatologists and NICUs has increased in the United States since 2003. The first NICU was established in 1960s and presently there are more than 1,500 NICUs in the United States.

Strict regulatory approvals in the U.S. are likely to hamper growth of the market

Neonatal incubators are regarded as class II high-risk medical devices by the U.S. FDA. Therefore, such kind of devices are subject to additional controls prior to receiving approval. Imposition of an excise duty of 2.3% on all medical devices is one of the clauses that is likely to restrain the growth of the market.

Pre-marketing approval is a lengthy and an expensive process that impacts the growth of neonatal thermoregulation market as it makes the approval process lengthy and launch of new devices takes considerable time. However, such kind of stringent regulatory process is necessary to ensure the safety and efficacy of the medical products.

As per the data provided by Market Insights, the North America neonatal thermoregulation market was estimated to be valued at nearly US$ 105 Mn in 2017 and is likely to reach a valuation of nearly US$ 160 Mn in 2027, exhibiting a CAGR of 4.2% during the assessment period of 2017-2027.

The Europe neonatal thermoregulation market was estimated to be valued at nearly US$ 97 Mn in 2017 and is anticipated to touch a valuation of nearly US$ 161 Mn in 2027, displaying a CAGR of 5.2% during the period of forecast.