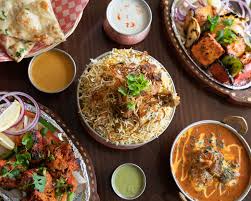 According to Persistence Market Research,

Growing awareness about nutritional benefits of spirulina serves as a key driver for the market’s growth. Scientifically proven, spirulina contains the highest amount of proteins found in any naturally-cultivated food ingredient in the world. In the years to come, spirulina will continue to be in great demand across several regions in the world. Persistence Market Research’s report, titled “Spirulina Market: Global Industry Analysis and Forecast, 2016-2026,” projects that North America will be the world’s largest market for spirulina. Through 2026, North America’s spirulina market will be valued over US$ 570 Mn, exhibiting highest value CAGR of 11.5%. While Western Europe and the Asia-Pacific excluding Japan region will also witness lucrative growth in their spirulina markets, the Middle East and Africa region is projected to showcase a positive +84 BPS gain.

Get free sample copy before purchase this report@ https://www.persistencemarketresearch.com/samples/14431

The report reveals that regulatory bodies from around the globe are approving the use of spirulina in production of new food items & beverages. Leading foodmaker The Mars Inc.’s petition for approval of spirulina as a key ingredient in production of new products was conceded by the FDA, garnering attention of other prominent manufacturers of food & beverage products. Furthermore, commercial-scale production of spirulina has also become more feasible due to advent to technological advancements. Cost-effectiveness of such production procedures are guaranteeing higher profit margins for spirulina manufacturers, effectuating a significant rise in entry of new players in the market.

You can buy this report from here@ https://www.persistencemarketresearch.com/checkout/14431

In 2016, sales of nearly 90 thousand tons of spirulina powder was recorded across the globe. Highlighting this, the report reveals that revenues from global sales of powdered spirulina will soar at the highest CAGR of 10.4%. Demand for spirulina in the form of tablets & capsules will also gain traction at a comparatively steady pace. Based on the applications, more than 250,000 tons of spirulina will be consumed globally for production of nutraceuticals by the end of 2026. Throughout the forecast period, the demand for spirulina will remain high in production of nutraceuticals, followed by food & beverages.