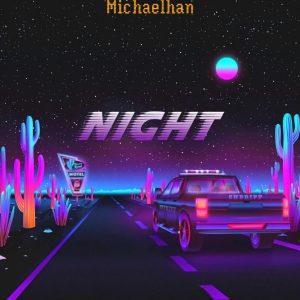 This press is about the release of NIGHT EP by Michael Han.

It’s his first-time stepping into the music market, the NIGHT reach over 1000 stream in its 24 Hr of release…

He was born on the 10th of October, 2003. He was into music since when he was very little and soon as he gets older he tries to chase his dreams and become a YouTuber, his channel has over 36000 and 8.4 Millions Views.

He is not just an artist but also a composer, most of his songs were written by himself.

NIGHT is the album he has been working for a couple of months. The main idea of the title is about the Freedom of the Teens and It’s about the self confidence and it’s a combination of Pop and Slow Rap. Come Harder is a song about the boy who’s calling out his girl to enjoy the moment and to forget the world. It’s a Hip Hop track. Only you is the track I wrote base on someone who always supports me and love me for being who I’m…
Bad boy is also a similar song structure with Come Harder and its a hip hop song with a slow trap.

‘I can see him being huge in the future!” Joe Blogs, Music Mag

‘I can see why he had over thousands of subscribers just by looking at his creations.’  Jane Journo, Another Music Mag