DALLAS, TX, 2021-Apr-07 — /EPR Network/ — Pakistani-American Punjabi musician Ahsan Samraa has become the latest music sensation in America. He has also been receiving rave reviews from everywhere where they have a substantial population of the South Asian community — Pakistanis, Indians etc. 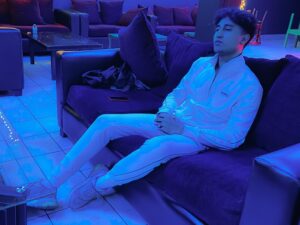 Being a descendant of immigrants from the Punjab province of Pakistan, Ahsan has imbibed everything about his homeland’s language and culture, and started his musical career in the same language — Punjabi. Since the language is shared with the Indian side of Punjab and the language being understood by hundreds of millions of them, Ahsan has been high on compliments received from the community.

“Nawa Yaar” — his hit single that released last year won him many fans and many more applauds across the board. His latest number “Fame” has been climbing the charts and is already being hailed as one of most beautiful songs by a Pakistani/Person of Pakistani Origin. Humming to one of most charming and heart-touching songs people have heard in a while, Ahsan has been overwhelmed with requests to release his own album for his fans.

“I can’t help but smile and be thankful to God for His immense grace that He has blessed me with such a beautiful fan following. I see their love and requests, including criticisms every single day. As we all know that if you don’t have a critic, you have a problem. I see it all and take the right ones and apply. I take the love and affection with even greater force. It is my sincere prayer that they keep liking my music and sending me their love and prayers. My life and my music is for all of them. Always”, said Ahsan Samraa

About Ahsan Samraa:
Ahsan Samraa is a Pakistani-American singer and songwriter who is fast rising the ladder of fame. Listen to his latest single, “FAME” ON HIS YOUTUBE PAGE.