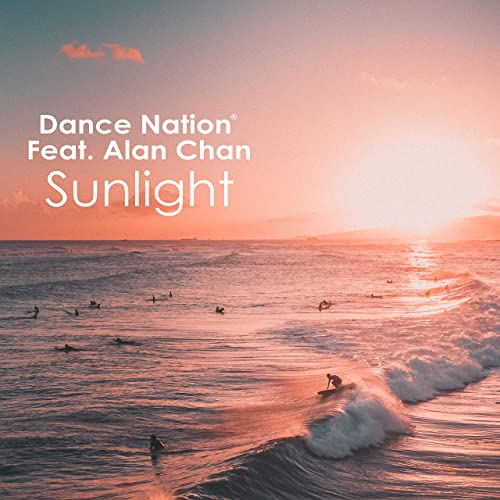 FINLAND, UK, 2021-Aug-24 — /EPR Network/ — Finnish techno/EDM/future-bass crew Dance Nation have dropped their newest official single, “Sunlight” feat. Alan Chan. Like all current Dance Nation material, “Sunlight” is on their own Dance Nation LTD label and published via OLEMUSIC Publishing & Edition Intro Meisel GmbH. Upbeat, engaging and energizing all at once, “Sunlight” proves yet again that Dance Nation can bring their veteran skills to 21st Century audiences with more octane than an F1 grand prix even after a year in lockdown.

Dance Nation are celebrated EDM pioneer DJ Patu (Pasi Elo) and producer Peter Räsänen. Formed by the blend of Patu’s three decades in techno and Räsänen’s fresher perspective on the modern sound, Dance Nation have delighted fans around the world with such popular tracks as “Don’t Panic!,” “Love Is a Game,” and “Dirty.”

In addition to the talents of DJ Patu and Peter Räsänen, Dance Nation are also joined on “Sunlight” by Alan Chan, Quarter Finalist in The Voice UK televised singing competition.

“I was very lucky to have been approached by Pasi and Peter,” Chan writes.

“I thought he was a telemarketer at first,” he says. “We met, and he expressed how impressed he and Peter were with my performances and how they admired my passion for music. He said Dance Nation had a perfect instrumental track for me and asked if I would consider working with them. I heard the track on my headphones in the restaurant and I decided right there, I’m in.”

The trio have worked together as a well-oiled machine since.

“With their kind, professional and continuous support through the whole process, they offered me two weeks to write the lyrics and create the vocal arrangement with total freedom … Now we are currently continuing our partnership for another few tracks. Thank you Dance Nation! Thank you Pasi and Peter for your trust and belief in me.”

Asked to describe the overall theme of “Sunlight,” Dance Nation writes, “All of us are missing traveling and we are waiting to be able to go to a paradise again to see the sunlight and blue waters, sit under palm trees, and this is a song about that. We want you to feel like you’re there when listening to this song!”

“Founded in 1989, Dance Nation are veteran producers DJ Patu (Pasi Elo) and Peter Räsänen. Their previous official releases include such popular drops as “Extended Play” (1992) and “Don’t Panic” (1993) as well as many others. Today, having joined forces in 2019 to produce Dance Nation tracks with a modern twist, their contemporary catalog already includes 2019’s “Arena” and 2020’s “The Force,” “Love Is a Game (Festival Mix)” and “Room.” Over the years these titans have performed in disparate locales such as Russia, Thailand, England, Sweden and Germany, not to mention their mother country of Finland.”