NYC, USA, 2021-Sep-02 — /EPR Network/ — DIVE, a Gen Z startup company, is ready to make a splash by launching their innovative soul-matching social app in September. According to its female founder CEO, Xin Wei, DIVE provides a unique solution to Gen Z’s loneliness problem, as well as their frustration with visual-based dating apps. After interviewing hundreds of young females who mostly wanted serious relationships and wanted to explore the soul connection with their matches, DIVE set out to cater to female needs in the online dating world. At their recent win at NY Unicorn Pitch Contest, they showcased DIVE’s unique approach, “Soul First, Photo Later.”

Online dating is constantly changing. The picture and video based dating apps were mostly designed by men for men, leaving many females frustrated since the endless swiping fostered a serial-dating culture. Most women reported feeling like disposable objects whose needs were not met, as the swiping game made the process seem like a beauty pageant where men are the jury. And this did not change whether the woman started the chat on one app or other features were added on another app. The duck was still a duck.

Then came other apps with a trend of deeper connections, hoping to change the fast-food style online dating culture to one that is more connection-based. These apps tried personality-matching, based on personality tests, like MBTI.

However, personality tests can seem too formal for people. And especially so, for Gen Z and young Millenials. There has to be some fun component in romance, right? So DIVE claims to take this trend further to both deep AND fun soul-matching. In CEO Xin Wei’s own words: “We are on-trend and doing better.” But how?

When reached for comment, DIVE revealed its secret recipe to be a mix of a comprehensive definition of the soul and a gamified interaction after matching. Users peek into others’ souls on the home page content, comprised of users’ authentic life stories, dreams, secrets and questions. There is nothing staged or filtered here; the sharing is encouraged to be as genuine as it gets. Fun quizzes, personality galaxy, games and astrology also come into play when the algorithm is doing the matching with percentage scores. Furthermore, after the matching, in order to prevent the chat from dying between users, DIVE incentivizes them through an unlocking system. Users unlock fun facts, photos and other things when the number of messages exchanged hits a certain number, just like playing a level-up game.

DIVE mainly caters to U.S. Gen Z and young Millenials, seeking meaningful interactions or serious relationships. When asked about long term plans, they answer that they aim for being the nexus of a social, spiritual and gaming platform with an international rollout in the next few years. 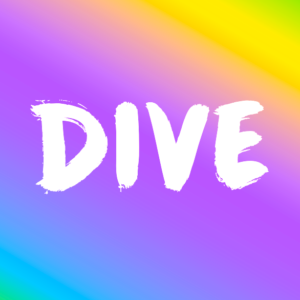