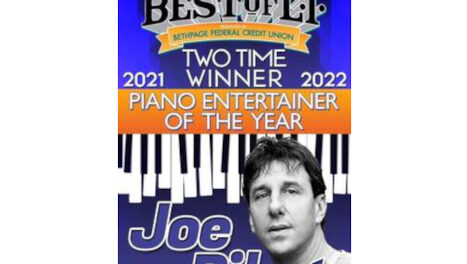 Piket has been described as “a more edgy Billy Joel” and “the Bruce Springsteen of Long Island” by music critics. Rave reviews for Joe’s CDs have appeared in Newsday, Good Times, Island Ear, Aural Fix, and other print publications, as well as hundreds of online publications.

Joe’s first prolonged success came as frontman/composer for Joe Piket and the Storm, but more recently as a solo artist, Piket has released the acclaimed CD’s “EVERYTHING IS DIFFERENT” and “SONGWRITER, VOLUME 1”, as well as several music videos.

Joe’s music and videos, interviews, reviews, and fan comments can be viewed by googling JOE PIKET and YouTube, Instagram, Spotify, and many other platforms.

It’s rare to hear musical artists capable of covering a wide variety of sounds. Joe Piket has kept his options open. He is an original musician in Every way.