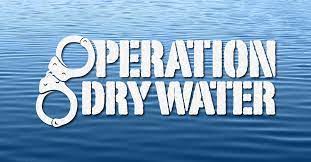 ODW, which was started by the National Association of State Boating Law Administrators (NASBLA) in 2009, has been a highly successful campaign drawing public attention to the dangers of BUI with amplified recreational boater outreach, education, and coordinated law enforcement.

Because BUI continues to be the leading known contributing factor in recreational boater deaths and a leading contributor in boating incidents, law enforcement will be working to increase public awareness of the dangers of BUI for both operators and passengers over the Fourth of July weekend.

There will be an overall increase in officer patrols on the water. The combined efforts of participating law enforcement agencies will result in the removal of impaired operators from the nation’s waterways, providing a safer and more enjoyable experience for all boaters.

America’s Boating Channel videos are enjoying higher viewership levels as Americans have increasingly turned to boating as a recreational outlet in response to the coronavirus pandemic. Screening boater education videos is an excellent way for boaters to prepare for safer experiences on the water.