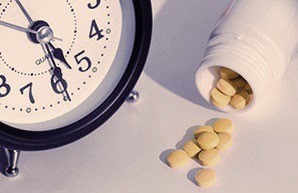 CITY, Country, 2019-Jul-17 — /EPR Network/ — The Europe sleeping aids market was valued at $14.8 billion in 2015 and is forecasted to grow at a CAGR of 6.2% during 2016-2022. Various sleep disorders are hampering the lives of people in the region, due to increasing tobacco and alcohol consumption, rising aging population, growing population base working in night shifts and changing lifestyle habits of the Europeans. Sleep disorders such as insomnia, sleep apnea, restless legs syndrome, narcolepsy, sleep walking and others greatly affect the population base in the European region.

Sleeping aids namely mattress & pillow, sleep laboratories, medication, sleep apnea devices and others are largely used for the above-mentioned sleeping disorders. Mattress & pillows held the largest share in the European sleeping aids market and contributed 43% in 2015. Amongst all the sleep related problems people are being majorly affected by insomnia and sleep apnea in the Europe.

Increasing awareness about sleep disorders and risks associated with them, by various organizations such as the British Sleep Society and Survey Sleep Research Center has been driving the demand of the sleeping aids products in the region. According to the Eurostat, aging population is a long-term trend in the region, this is also a key factor driving the demand for sleeping aids in the region. The share of population aged 65 years and over is increasing in every European Union (EU) member state. During the period 2016 to 2080 the aging population is expected to account for a share of 29.1% of the EU-28 population compared to 19.2% in 2016.

There are various technological advancements related to sleeping aids products that are under development in the region. For instance, an application known as Snoozeal has been developed in the U.S. for treating problems related to sleep which is now under trial in the Europe. It is a smartphone controlled anti-snoring/sleep apnea medical device, that has received U.S. Food and Drug Association (USFDA) approval in December 2016. The device addresses the root cause of excessive relaxation and loss of tongue muscle tone during sleep. The device uses a wireless technology to exercise the tongue to treat the physiological cause of snoring and sleep apnea and the smart phone app monitors the user and controls the progress of the treatment. Also, the latest DOMINO version 2.8.0 by Somnomedics Gmbh provides high quality and user-friendly collection and analysis of both the ambulatory (Polysomnography) PSG and the stationary PSG recordings with the SOMNOscreen, SOMNOscreen plus and the new device SOMNO HD and this software was developed in August 2016.

P&S Intelligence is a provider of market research and consulting services catering to the market information needs of burgeoning industries across the world. Providing the plinth of market intelligence, P&S as an enterprising research and consulting company, believes in providing thorough landscape analyses on the ever-changing market scenario, to empower companies to make informed decisions and base their business strategies with astuteness.