Brisbane, Australia, 2019-Oct-21 — /EPR Network/ — The founder and CEO of online lender, Jacaranda Finance, has had his second win at the Brisbane Young Entrepreneur Awards, taking the crown for Finance after his big win in the Professional Services category last year.

Last month, Business News Australia hosted their annual Brisbane Young Entrepreneur Awards in what was the biggest event yet for the river city. Hundreds of the city’s brightest business trailblazers converged on Rydges, South Bank, for one of the most tightly contested competitions the awards has ever seen.

With 17 awards presented, Wessels ultimately took home the title for the Finance category after another big year at his burgeoning fintech.

Since founding Jacaranda Finance in his parents’ basement back in 2014, Wessels has grown the company into a formidable online force. Today, the company processes thousands of personal loan applications per day thanks to their innovative, custom-built loan management system. 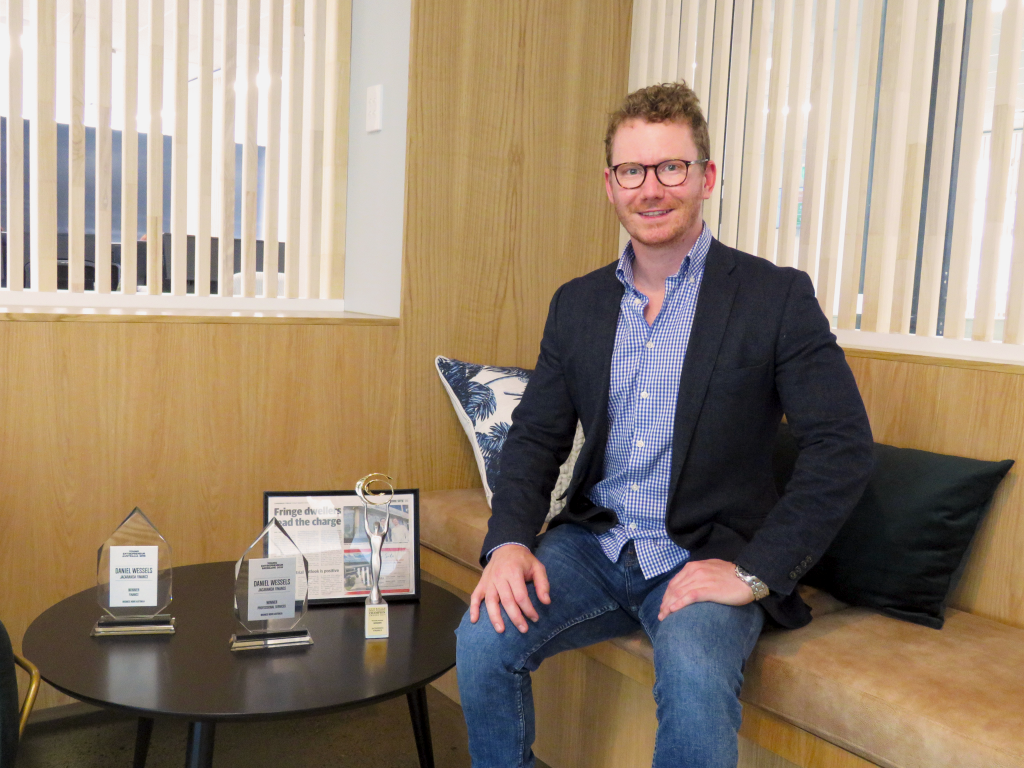 Daniel Wessels (pictured) has won big at the Brisbane Young Entrepreneur Awards for a second year.

Wessels said it was innovation that drove him to start the company in the first place. “I had been working for a traditional lender that used legacy loan management systems for years when I realised there were better ways,” he said.

After a 6-month stint working in the short term finance sector in the UK, Wessels knew what had to be done in Australia. “Consumers here were fed up with slow processing times and inefficient systems. They’d moved into the mobile age and traditional lenders hadn’t followed them.”

Wessels says that the key to his company’s success so far has been an emphasis on user experience and leading digital trends. “Right now, it’s all about UX design,” he added. “It’s all about revisiting what you’ve already got in place and improving on what’s there as well as introducing new technology.”

In July of this year, Jacaranda rebranded with an even stronger mobile-first focus in mind. “Now we’re in the process of optimising our application again – it feels like we’ve done it a million times!” he joked. “But, just because it’s working doesn’t mean we can’t be more receptive to our customer’s needs. You don’t stay at the front by being complacent.”

Ultimately, Wessels approach to UX appears to be paying off as roughly 50% of Jacaranda’s clientele are return customers. “The initial application process is, for many of our customers, their first moment of interaction with our services,” he said.

“As a result, being able to provide a simple, stress-free experience is so crucial to setting up a positive customer journey for them.”

Along with Jacaranda Finance Australia, Jacaranda lending operations are set to kick off in New Zealand and South Africa in the first quarter of 2020 as the group nears completion of securing a large funding facility via Brisbane based wealth management firm Zenobia Capital.

As he continues to focus on harnessing new and better tech, it’s clear Daniel Wessels is truly a force to be reckoned with.

Jacaranda Finance is an ASIC-regulated lender based in Brisbane that believes every Australian deserves a fair go at finance. For press enquiries contact media@jfloans.com.au.