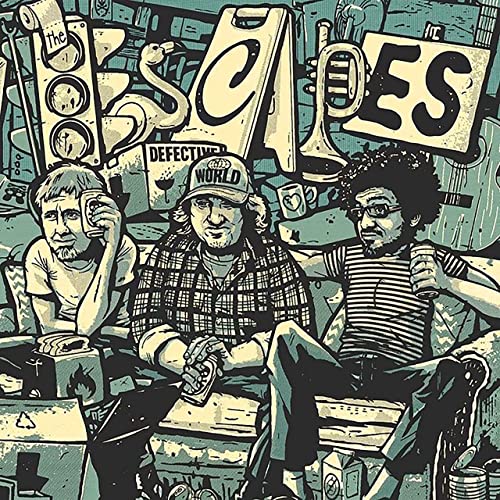 Sydney, Australia, 2021-Jun-29 — /EPR Network/ — The purveyors of punk rock music known as the Escapes have released their latest official EP album, “Defective World.” It contains eight original Escapes tracks for an approximate total listening time of 20 mins. It has been proudly published as an independent release without the involvement of the corporate music industry on the Evil Tone Records music label. Upbeat, unabashed, and challenging music fans everywhere to get up and have a little fun, “Defective World” introduces the Escapes as one of the most intriguing indie punk crews in recent memory.

Sydney, Australia’s the Escapes cite as main artistic influences Cosmic Psychos, the Mummies, the Saints, and the Clean. Bringing their own brand of “low-fi sloppy garage punk influenced by ’60s garage and ’70s punk” rock, “Defective World” by the Escapes has a little something for every fan of the sound.

A straightforward, no-frills and carefree little record, “Defective World” took a single day to record, notes Escapes singer Rodney Todd. The EP was recorded and produced by Jay Whalley at the famous Pet Food Factory in Marrickville. A vinyl version is scheduled for release in August.

“Defective World” by the Escapes —