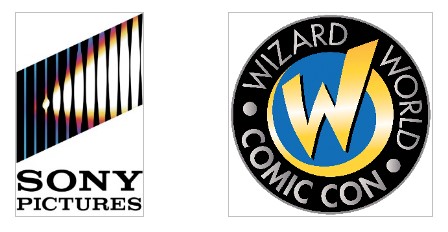 CULVER CITY, Calif., 2018-Feb-13 — /EPR Network/ — Wizard World, one of the country’s largest producers of fan conventions with over 500,000 visitors each year, has teamed up with Sony Pictures Entertainment to find the next generation of movies as well as to engage in a number of strategic initiatives, it was announced today by John D. Maatta, CEO of Wizard World, and Jeffrey Godsick, Executive Vice President, Brand Strategy and Global Partnerships, Sony Pictures Consumer Marketing, who will oversee the relationship for the studio.

“We are always looking for new ways to find that next generation of great IP,” said Jonathan Kadin, Executive Vice President of Production for Sony Pictures, who will be involved in developing the new projects. “This deal gives us unique access to the incredible talent that Wizard World can bring to the table, putting us in a prime position to find the stories that break through the clutter.”

Maatta stated: “Sony Pictures Entertainment is uniquely aligned as a studio with dominance in the motion picture, television, and electronics spaces. As Wizard World expands into a full spectrum media company from our roots in live exhibition, the partnership with Sony Pictures allows for an exceptional array of new opportunities and initiatives across many business extensions. It also creates a new and powerful voice in the pop culture.”

Godsick stated: “As Wizard World continues to grow its brand across the globe, we see IP development as only the first step in the relationship. We will work with Wizard World to develop opportunities across several areas, including licensing, retail and location based entertainment. There are tremendously talented artists and storytellers presenting their properties at the conventions, and this relationship with Wizard World will afford us direct and early access to what might turn out to the next great idea for a film.”

Wizard World Chairman Paul Kessler added: “Working with Sony Pictures to leverage our live events to create content and to enter into new business extensions will create an original and unique enterprise in the live event and entertainment space.”