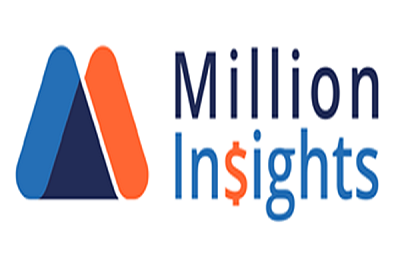 The Global Armored Vehicle Market is projected to reach USD 26.79 billion by 2022, Armored vehicles are protected by very strong armor and generally armed with robust weapons which combine defensive, tactical offensive and operation mobility capabilities which can be tracked easily. The key drivers for global armor vehicle market are rapid demand of armored vehicles in developing nation, viable conflicts in global scenario, preeminent importance given to homeland securities and growing conflicts within several nations.

This market was at its peak during 2007-2012 when US government was battling terrorism against Iraq and Afghanistan. The top-notch priority at this point of time is given to the soldiers guarding our country and to protect them from the severe mine attacks, special kind of vehicles were introduced such as Mine Resistant Ambush Protected Vehicles (MRAPs). Till 2012, over 42000 vehicles were produced.

Defense sector is contributing towards the major market share in this industry. Two regions i.e. Europe and US contributes majorly towards the armored vehicle market as they are developed nations. The key players in the global armored vehicle market are Oshkosh Defense, BAE Systems, Rheinmetall and Navistar, and most of them are from Europe and US. The major challenge for this industry is that it is majorly dependent on the defense sector.

The demand for armored vehicle is increasing in Asia Pacific, Africa and Middle East region due to the continuous tension with their neighboring countries, recent economic booms and internal threat from rebels in this region. In April 2015, BAE Systems enforced Active Damping system upgrade to CV90 combat automobile which expanded its agility by condensing the automobile’s pitch acceleration by approximately 40.0 %. In December 2014, the company also declared that U.S. army has awarded armored multi-purpose vehicle contract of worth up to USD 1.2 billion.

The global armored vehicle market is expected to increase continuously as it is not only concentrated towards the defense sector but also in the commercial sector. The MRAP market has reached saturation in U.S. region, but there is a substantial amount of growth in demand in the Asia Pacific and Middle East region, as the investment in defense in these regions increased significantly in the recent times. Furthermore, these countries are taking precautionary measures to hinder various threats from cross border terrorists, civilian unrest due to contrast in ideas and rebellious groups.

The acquisition of armored vehicle for homeland security is also expected to increase in future. “The Beast” is the armored vehicle used by the president of America weighs over 10,000 lbs due to the thickness of the material used in it can withstand a missile attack and even has the capability to protect the occupants against any chemical weapons.

Growing need to protect the military personnel’s from mine attacks is expected to drive mine-resistant ambush protected automobile requirement over the next seven years. Tactical military carriers are constructed primarily for use by the military personnel’s in the field in direct contact with combat. Armored Personnel Carrier (APC) are initially used for safer deployment of infantry to battle fields or high threat range and it can be distinguished from Infantry Fighting Vehicle (IFV) based on the weapons it bears.

From the modernization programs, ample amount of investment is expected in the armored vehicle market. Although there is a significant reduction in the investment in defense sector by the US government and the western countries, countries like China has drastically increased its expenditure in defense sector which has caused relentless turbulence among Asian countries.

See More Reports of this Category by Million Insights @ https://www.millioninsights.com/industry/automotive-and-transport

About Million Insights
Million Insights, is a distributor of market research reports, published by premium publishers only. We have a comprehensive market place that will enable you to compare data points, before you make a purchase. Enabling informed buying is our motto and we strive hard to ensure that our clients get to browse through multiple samples, prior to an investment. Service flexibility & the fastest response time are two pillars, on which our business model is founded. Our market research report store, includes in-depth reports, from across various industry verticals, such as healthcare, technology, chemicals, food & beverages, consumer goods, material science & automotive.
For More Information: www.millioninsights.com
Contact Details:
Company Name: Million Insights
Contact Person: Ryan Manuel
Phone: 91-20-65300184
Toll Free: 1-866-831-4085
Email: sales@millioninsights.com
Address: Office No. 302, 3rd Floor, Manikchand Galleria, Model Colony, Shivaji Nagar, Pune, MH, 411016 India