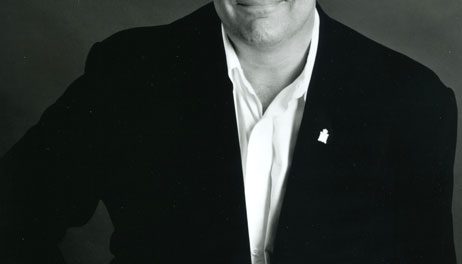 CULVER CITY, Calif., 2019-Feb-19 — /EPR Network/ — Are you troubled by strange noises in the middle of the night? Do you experience feelings of dread in your basement or attic? Have you or your family ever seen a spook, specter or ghost? Well, if you have, Ghostbusters fans, get ready for mass hysteria! Tickets go on sale today for the first-ever Ghostbusters Fan Fest, presented by Wizard World, as Sony Pictures, Ghost Corps, and Wizard World announce an initial lineup of special guests, events, and treats that await attendees. The premier live event will be held June 7-8 on the famed Sony Pictures Studio Lot in Culver City, California.

Ghostbusters Fan Fest presented by Wizard World will be the ultimate celebration of the franchise. For the 35th anniversary of the legendary film (and the 30th anniversary of Ghostbusters II), fans will participate in exclusive panels with the stars and original crew members, meet the Ghostbusters creators, talent and crew and experience Ghostbusters augmented reality gaming. Other planned Ghostbusters-themed activities include a screening of the original film, a special musical performance by Parker, costume contests, meet-ups, documentary screenings, laser tag, interactive photo booths, exhibitor booths, and much more.

Tickets for the premier event are on sale now at https://tixr.com/pr/gbffpr/12066. Packages range in price from $499 to $1499 (and a $99 youth package), with autographs and photo ops included in some packages.

Fans can learn more about the Ghostbusters Fan Fest presented by Wizard World at http://www.ghostbusters.com/news/ghostbusters-fan-fest.

Jeffrey Godsick, Executive Vice President, Brand Strategy and Global Partnerships for Sony Pictures said: “We’re thrilled to be opening up our doors to Ghostbusters fans for the first time. For fans, this is the ultimate event – an insider’s look at the franchise from the people who created it and are bringing it into the future. As Winston Zeddemore might say, when someone asks you if you want to go to Ghostbusters Fan Fest, you say YES!”

John D. Maatta, CEO of Wizard Entertainment said: “The Ghostbusters Fan Fest is an extraordinary homage to all that is great about the iconic Ghostbusters. It is exciting news for Ghostbusters fans that Sony Pictures and Ghost Corps have worked with us to create this once-in-a-lifetime event.”

Following the event on June 7-8, Wizard World will continue its Ghostbusters touring experience at its conventions throughout the country featuring a pop-up shop featuring exclusive Ghostbusters merchandise. Details will be linked at www.wizardword.com.

The 2019 Wizard World convention schedule is available at: http://www.wizardworld.com/comiccon.