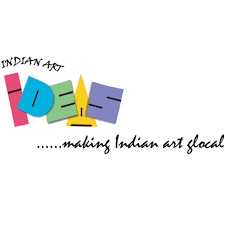 Anil Soni is the artist for the month of November 2019. He was born on 15th April 1983 and brought up in Mirzapur, Uttar Pradesh. He was brought up in a humble environment where he learned his techniques from his artist father. At present, he lives in Mathura. In 2001, he started his trysts with academic art after brushing basic skills at home. He cleared his Intermediate Grade Drawing Examination from Maharashtra. He did his graduation in Fine Arts from one of the most coveted institutes of north India, Banaras Hindu University in the year 2007. He furthered his studies and did his Masters in Fine Arts from the same college.

The pristine appeal of his paintings won got him an opportunity to get associated with the Sate Lalit Kala Academy. His works were displayed at a regional exhibition organized by the institution for district Aligarh in the year 2013. The gold medal that he won at Siddarth Auctioneers is one of the jewels in the crown. Abstractions created by Anil Soni have a distinct feature. Random and rhythmic geometrical patterns are made with cool colors against the stark contrast of a dark background.

Painting is the reflection of a painter’s soul. Similarly, non-objective art of this prodigy of art articulates the profundity and astuteness layered in his character. The edges of patterns in his paintings do not seem crooked or distorted. Unlike other abstract art, his pure abstractions defy the rigid principles of objectiveness and provoke the spectator to look beyond what is visible in the mundane world.

His work is being appreciated around the world. He has been bestowed with the prestigious State Lalit Kala Academy Regional Award organized by Mangalayatan University, Aligarh in the year 2013. He also received a consolation prize at Creative Mind Painting Award organized at New Delhi in the same year. He was awarded NIFAA (National Integrated Forum of Artists and Activists) Award at National Level by the Jana Foundation in New Delhi in the year 2012.

The main purpose of art was to fulfil the religious obligations or to imitate and glorify the visual reality that nature offered. But, abstract art defied these limitations and thus a new era dawned upon the art world the legacy of which is carried out by artists like Anil Soni. His imaginative psyche is expressed through mellow colors that soothe the eyes.

He tries to portray nature and environment. He claims that he is deeply inspired by nature and it is very important for a human being to remain connected to his roots. He is also attracted to draw primordial forces having nexus with nature like light and sound in his expressive non-figurative art. His works have been displayed at exhibitions in numerous group and solo shows.

Indian Art Ideas is one of India’s leading online art galleries. The site provides a platform to bring sellers and buyers together. It exhibits and offers an unparalleled collection of paintings, drawings, sketches, sculpture, prints and photographs by emerging and established Indian artists for sale at affordable prices. With services like Art for Décor, Personalized Art and Art Advisory, Indian Art Ideas is a one-stop destination for all your needs concerning affordable artwork. For more details, please visit –https://www.indianartideas.in