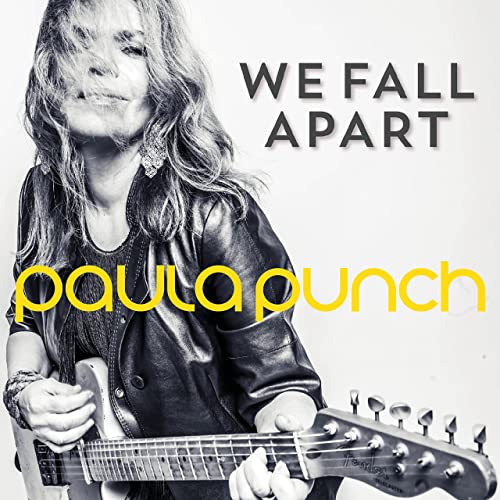 Sydney, Australia, 2021-May-06 — /EPR Network/ — Australian singer-songwriter Paula Punch made fans happy in March with the first single, “Full Moon Rising,” from her upcoming album. The track rose to No.4 on the AMRAP Metro and Aus Country Radio charts and shows no sign of slowing. Early May now looks like a new reason for excitement with two even newer singles, “We Fall Apart” and “Tender Moment.” These tracks and more from Paula Punch have been published on the Punch Park Records indie label and recorded at Electric Avenue Studios for that unmistakably Punch sound.

Asked to comment on the themes of her new track, Punch Park writes:

“A story about the pain and joy of being a mother, and a woman. Sometimes life gets in the way of your own dreams, and when you are a mother raising children almost single-handedly as your husband is at work night and day, you can forget who you really are.”

Paula Punch is described by her label representative as writing music which “reflect the stories of her life, tinged with hope, yearning, and themes of finding one’s empowerment and narratives about our precious natural world.”

“I always wrote poetry and always sang and played guitar,” Punch says, “but it was only when I had my two boys that I started writing songs.”

In 2018 she toured California with New Zealand born Nashville artist Jackie Bristow and her past show supports including Ed Kuepper, The Gadflys and Neil Murray.
Paula released her first album of original music, “Don’t Look Down” in 2018 recorded with Robin Gist in his living room studio, and two of these songs were placed in top 5 for the ASA competition, in the indie rock category, and 2 of her songs from the new Album have been shortlisted in the top 30 of this competiton awaiting final results to be announced in March 21.

Her first EP “Lost Horizon Sessions” which was recorded solo with acoustic guitar and mixed by ‘Groove’ Myers about ten years previously, was released in 2019.

There is a theme of heartache tinged with hope in her music, with an increasing element of rising empowerment. Her upcoming album “Song to the Trees” will be her first studio album, recorded at Electric Avenue Studios by Philip Punch, Robin Gist and Jem Hoppe-Smith, and with her fabulous band.

Paula’s upcoming album is planned for launch in 2021 and will be released on digital platforms, CD, and vinyl, all available via her official website (link provided below).

“We Fall Apart” and “Tender Moment” by Paula Punch on the Punch Park label are available from quality digital music stores online worldwide now. Get in early, alt-country music fans.

“We Fall Apart” and “Tender Moment” by Paula Punch —