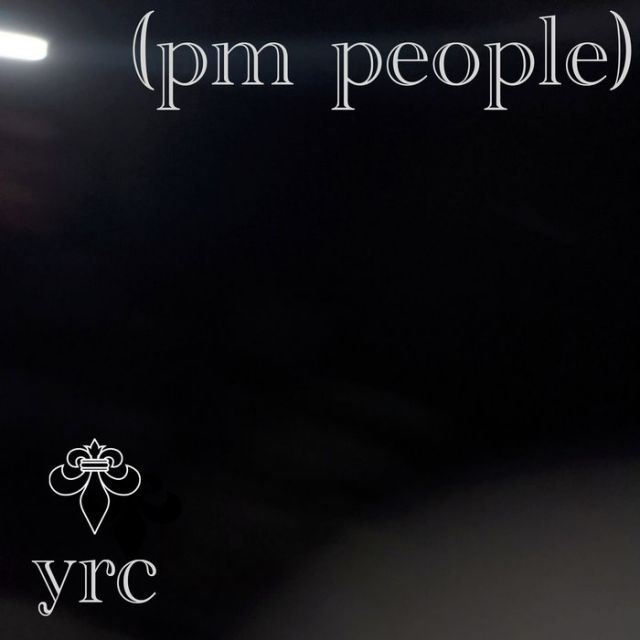 The Pacific NW’s PM People — often stylized (pm people) — cite as main artistic influences John Cooper Clark, At the Gates, Guided by Voices, Sun Kil Moon, Dire Straits, Pop Smoke, Kodak Black, and “probably Velvet Underground above all.” With an emphasis on highly stylized songwriting and a no-frills purity in production, “Yrc” by PM People will scratch that Robert Pollard itch in a way indie fans have needed for some time.

“Life will never be easy, but it can be managed. Not only that, it’s even possible to set your own terms.”

Lead vocalist Warren has described himself as “a fanboy, every show, every time, 1 EP every 2 years,” which time he decries as “slacking.” Nevertheless, during that time he lived and played with legends from such groups as Everclear, Wehrmacht, Hitting Birth, MDC, the Joneses, the Lemonheads, Morrissey, P.R.O.B.L.E.M.S., and yet more. When COVID shut everyone indoors, he called someone with whom he had a true sonic connection, Gage Lovette.

“It’s not how good you are at something, it’s how comfortable you are with it. I feel comfortable with Gage and he’s the missing link in how these songs need to be expressed. That might seem like a pretentious notion, but I really do feel strongly about these songs. I sing, play guitar, bass, keyboards, and percussion, and he sings and plays guitar. Our friend by providential circumstance, Jeremy, plays the mean drums.”

Ultimately, though, Warren points to the art.

“That’s all really a footnote,” he writes on behalf of PM People. “A song is a song. These should speak for themselves.”

“Yrc” by PM People on the is available from over 500 quality digital music stores online worldwide now. Get in early, indie-rock fans.