IVEE International Recording Artist, speaks up on Abuse of Power.

Kennesaw, GA, 2021-Sep-14 — /EPR Network/ — Produced by Visionary Vanguard Records in the United States of America and Exclusively Distributed by Amadea Music and State51 Conspiracy in United Kingdom, “TRANSPARENT” is the new music single by Artist and Executive Producer Veronica Vitale that everyone is waiting for.

“Revenge is sweetest when it’s served up cold, and Veronica Vitale knows what She’s doing” – says Michelle Maynard Visionary Vanguard Records Spokesmen – “Well, you picture it, You’re the high school class’s leader, your school’s most feared bully, the centre-stage prom queen who teases the outcast, the outsider to the bone, and nearly 10/15 years later You eventually find yourself facing a titan, no longer the shadow, the little quiet girl with the glasses, but a Titan who speaks up like Veronica Vitale herself, an internationally respected artist and music producer with some remarkable relentless charisma and super talent, whose lightness and authenticity poised her for stardom already in 2017, c’mon! I mean, seriously, can you imagine? Do you really want to be that kid who pissed Veronica off? I don’t think so – Not right now ‘cause She’s coming atcha like a dark horse, a bounty hunter. Now it’s her time.” 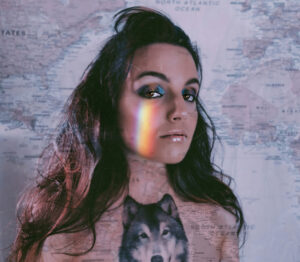 Veronica Vitale announced on Wednesday that she would be dropping her brand new single, “TRANSPARENT,” on Friday, September 24, ending her 2 months-long social media hiatus.

Veronica Vitale has been mum on social media since June this year, only posting Stories on her Instagram from time to time. Vitale’s upcoming record is said to be one of her most personal projects to date, influenced by her memories and scars in middle school.

“It’s very difficult to suffer and fade into a lesser version of yourself” – says Vitale. “I struggled with the fact that I couldn’t do anything to help myself, but realised I could speak out against bullying through music. The idea of bullies draining the life and joy out of their victims kept playing on my mind for years, and again, when you become a public figure it doesn’t get any better, you are exposed to trolls, random haters and of course cyber bullying, people just feel entitled to hate and despite you. So I began to write a song with this theme and it is called TRANSPARENT. My bullies were making me into a ghost of myself, and it was very painful to feel. I want “TRANSPARENT” to become my signature’s song. I want it to be the Grand Opening to my new music production and revolution.” 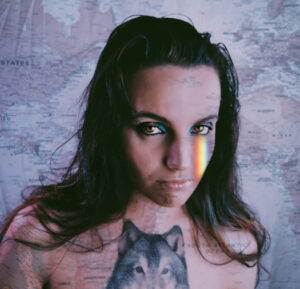 With a new album and single right around the corner, fans are incredibly excited about their “IVEE” return to the music scene.