Carbon Steel Piping and Tubing is a long-lasting material made of carbon steel, a steel alloy containing iron and carbon. Carbon steel pipe is used in a variety of heavy-duty industries such as infrastructure, ships, distillers, and chemical fertiliser equipment due to its strength and ability to withstand stress. 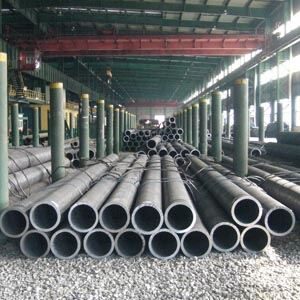 Carbon steels can be classified into three types based on their carbon content: high carbon steels, medium carbon steels, and low carbon steels. A carbon percentage of less than 0.30 percent requires the steel to be classified as a Low Carbon tube. Along with being the least expensive of the carbon steels, it is also the most pliable. As a result, it is an excellent choice for applications where ductility is required. In contrast to its lower version, its percentage in a High Carbon pipe ranges from 0.61 to 1.5 percent carbon. Carbon Steel Welded Pipe with higher amounts of carbon has superior hardness and tends to be much stronger than the former.

A pipe’s selection is influenced not only by its properties or chemistry, but also by its price. Carbon steel prices have dropped significantly due to a lack of elements in their alloy. Carbon steel pipes are less expensive, but the method of production accounts for a portion of the cost. For example, the cost of producing a Carbon Steel Seamless Pipe pipe is higher because the process is more complicated and time-consuming than that of a welded type. However, price isn’t the only thing that separates them. A welded pipe, for example, has a longitudinal seam that a Carbon Steel Seamless Pipe does not.