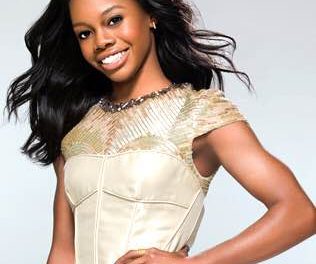 AUSTIN, Texas, 2016-Sep-21 — /EPR Network/ — Gabby Douglas, who captured America’s heart with two Gold Medals in the 2012 London Olympics, then followed up with a team Gold last month in Rio, as the only All-Around Olympic Gold Medal Gymnast in US history to return to a second Olympics, will make her first Wizard World appearance on Friday when she visits the Austin Convention Center for Wizard World Comic Con Austin. Douglas will greet fans, sign autographs, pose for photo ops and conduct an interactive Q&A panel from 3-6:30 p.m.

Douglas began formal gymnastics training at the early age of 6 years old. By the age of 8, she had won her first major title as the 2004 Virginia State Champion. At the age of 16, she was selected to be a member of the U.S. Olympic Women’s Gymnastics team to compete in the 2012 Summer Olympics in London, England. There she became the first African-American woman, as well as the first woman of color of any nationality to win an Olympic gold medal as the All-Around Individual Champion. In addition, while winning a team gold medal, she became the first American gymnast to win gold in both the all-around individual and team competitions at the same Olympics. At the 2012 U.S. National Championships, Gabby won the gold medal in uneven bars, silver in all-around, and bronze in floor. She was also a member of the gold-winning team at the 2011 World Championships.

In December 2012, Gabby rounded out an exceptionally successful year by releasing an inspirational autobiography, titled Grace, Gold, and Glory: My Leap of Faith. The story reveals her motivational path to success as she shares the trials she faced along the way and how her strong faith encouraged her to persevere through it all. Grace, Gold, and Glory became a New York Times bestseller, debuting at No.4 on the Young Adult Bestseller List and also released the fan favorite book, Raising the Bar.

At just 20, Gabby Douglas’ accomplishments have not only established her as a prominent sports figure in U.S history, but have also caused her to soar in the pop culture realm. She made an appearance on The Tonight Show with Jay Leno, was featured in an interview with Oprah Winfrey and was named on Barbara Walters’ list as one of the “10 Most Fascinating People of 2012.”

In 2015, Gabby burst back onto the elite gymnastics scene after a two-year hiatus. At the World Championships, she won silver in the All-Around competition and won gold with the USA Team. She is the first reigning Olympic All-Around champion since 1981 to return to the sport and win a World Championships medal. Gabby also secured gold at the 2016 AT&T American Cup.

Her appearance comes two weeks after that of another Olympic champion, Ryan Lochte, who attended Wizard World Comic Con Richmond on Saturday, September 10.

The 2016 Wizard World Comic Con schedule is available at: www.wizardworld.com/wizcon.html.