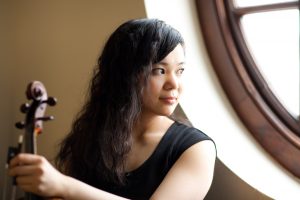 HOUSTON, United States, 2018-Aug-21 — /EPR Network/ — Xia Xia Zhang, recipient of the 2017 Global Music Awards; Gold Medal “Emerging Artist” Award, as well as numerous other worldwide accolades, she is ready to re-commit to touring.  Some of her awards for her outstanding performances include:

In 1996, the Chinese Musician’s Dictionary deemed Xia Xia a child prodigy, and over twenty years later, she has not disappointed. She earned a Doctor of Musical Arts by the impressively young age of 27. Continuously, Xia Xia receives recognition and praise throughout the world of Classical music.

After performing internationally in locations around the United Kingdom, United States, China, Germany and Bulgaria, Xia Xia has settled in the Houston, Texas area.  An adjunct Professor of Music, she is currently working alongside the accomplished music faculty at Texas’s Lone Star College.  She is now ready to share her talents with audiences that extend beyond her students.

Xia Xia is looking forward to opportunities to perform at events in and around Fort Worth, Austin, San Antonio, Houston, Corpus Christi, Shreveport, Galveston, and New Orleans in the near future.  She invites proposed opportunities for: Ensembles, Concertos, Solo Performances, Piano Accompanied Performances, Private Events, Opening Slots and Festivals.

Xia Xia believes strongly that “music is a universal language from God,” and booking an event to showcase her talents equals offering the community an opportunity to come together and for all to enjoy the masterful and elegant violin melodies of Xia Xia Zhang.