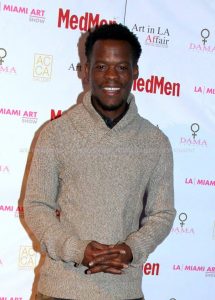 HOLLYWOOD, California, 2019-May-14 — /EPR Network/ — The film premiere for ‘Brother’s Keeper’ produced by Andre K. Jefferson was a huge success as the cast of the film walked the red carpet along with local celebrities at YES Studio in Hollywood. The line waiting to enter the building was so long, many guests had to be turned down, in spite it being on a working day. The film got the audience interested and intrigued about the storyline of two adopted brothers who battle different mental illnesses, accidentally commits murder and in the process of hiding their crimes, they find their true identity. “The film is a story of power, control, love and hate, sometimes the only options become deadly,” said Jefferson.

The film received a positive response from the cheering audience and the cast received a thunderous applause as they walked to the front and introduced themselves for a short Q&A session moderated by Conisha Dorsey and Derek Reed.

The film is now preparing to do the rounds of several film festivals in the US and abroad in the months to come.

Check out all the photos from the red carpet here: https://bit.ly/2XmZiPk – Photo credit: Vladimir Yazev.

For more information on the film visit www.brotherskeeperthefilm.com.