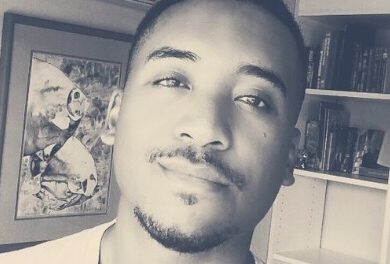 NEW YORK, NY, 2019-Feb-15 — /EPR Network/ — Bay Area California artist Adien Lewis aka ADN has been on the go, and is quickly gaining a sizeable online following, thanks to his successful collaborations with several high-profile K-pop artists, such as Taemin’s song “Move” with the record placing third place on US World Albums Billboard Charts and earning several nominations; winning Best Dance Performance Solo at Mnet Asian Music Award with over tens of million views on YouTube. Additionally, ADN was able to write another hit song “JUMP” for Taemin’s group Shinee once again landing on the World Billboard Chart at number four in 2018.

With the success of all his current projects, the end of 2018 saw the release of ADN’s “Saturday”, ADN has now embarked on a promising solo career. This time he has decided to make his own offering to cover the namesake song “Dearly Beloved” originally by Gamechops and Leg Day. A song off the soundtrack to the highly anticipated KINGDOM HEARTS III, from SQUARE ENIX and Disney. The song is his interpolation of the Hikaru Utada and eight time Grammy Award winner Skrillex’s song “Face My Fears”. ADN being a fan of both the game KINGDOM HEARTS trilogy and all the contributing artist to the soundtrack, he states that he wanted to “pay homage to all their epic performances”. Also out now is the revision to “How to Love- Dusk” just in time for Valentine’s Day.