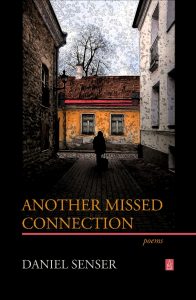 Daniel Senser is originally from Cincinnati, Ohio. He attended the University of Cincinnati where he received a BA in English. He began writing in elementary school but started his career as a poet during his freshman year of college after reading The Iliad.

He was also greatly influenced by ancient Eastern poetry, the works of Jorge Louis Borges and other Hispanic writers, as well as contemporary writers such as Billy Collins and Charles Simic.

Works by Daniel have been featured in such journals as Adelaide, Jewish Currents, and California Quarterly, among others. He currently lives in Cambridge, Massachusetts.

For information regarding this title and its Author, or any other title by Adelaide Books, or to receive ARC reviewers copy of this book, please write to office@adelaidebooks.org