New York, NY, 2021-Apr-22 — /EPR Network/ — Romance novels have always been a lure for avid Western readers. Add a bit of history and perhaps a scandal and you have added to the literary basin of historical romance which seems limitless. Though there are plenty of historical romance novels published each year, and often in the Regency era or set during the Tudor period, not all novels are the same. Some have focused on the tawdry. Others have concentrated their storylines on the regality of it all. Hidden Valor is a plot-driven story with sweet romance. 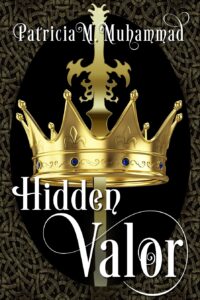 Set in 18th century London, England, Hidden Valor begins with a young aristocrat who has recently come of age. Duchess Arabella leaves the House of Wellington for the king’s court without notice or permission of her mother and father. Two murders occur in the royal palace. Duke Everett is accused amongst the courtiers. As the Crown sequesters all of the king’s court to remain on the royal grounds, the duke and duchess become more acquainted with one another. The duke and duchess fall in love and are the first to be exonerated. He eventually seeks to take her hand in marriage. They leave for the House of Carrington, only for the Crown to summon Duke Everett to return to the royal palace and serve as an advisor. A third murder happens. The primary witness is Duke Everett’s unknown cousin. The duke seeks to advise the crown to finally resolve all the murders so that he and Arabella may be free to wed and remain as honourable members of the king’s court. The queen and the king seek to restore order within the king’s court. The duke only wishes to have the future that he and his duchess have yearned for. Will they?

This is Patricia’s second historical romance novel set in England. Although she has written a historical romance novel based in Great Britain before, she initially avoided using the City of London as the backdrop for fear of it being too redundant in the genre. Each author hopes to create their own story and characters and it is the author who bears the weight of expressing their own iteration of imagination. Nonetheless, she has visited or lived in England three times, twice in London and once in Hull, England. She has always been amazed by architecture and history. However, to craft the story for Hidden Valor, she had to transport herself to 18th century England. Just as writing any other sort of fiction, she asserts that her imagination and creativity were the primary tools which allowed for her to accomplish this. Just as she has visited England more than once, there are plenty of romance novels set there as well. In either case, with each visit, with every story, she learned something new, perhaps the readers out there will as well.

Hidden Valor is currently available for purchase at these online retailers: