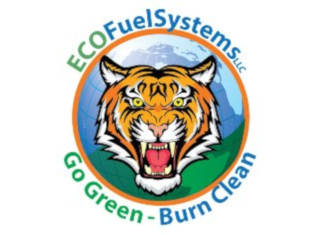 A Trillion Dollars is a lot of money! How can the American Public believe President Biden’s PROMISE that there will be NO NEW TAXES for those earning less than $400k? He stated that no Americans or those who helped us in Afghanistan would be left behind. As of this Press Release more than 1,000 US Citizens, 5,000+ allies and thousands of Green Card Holding US Residents are trapped in Afghanistan. Not one update has been given. How about climate Czar Kerry flying around the word in his private jet? How about President Biden touting transformation to Electric vehicles while he still chauffeured around in a traditional Gasoline vehicle motorcade. Why aren’t his vehicles and his Secret Service driving Electric vehicles? The American Public is questioning why?.

With rising Fuel prices rising +/-$1.50 per gallon over the last 10 months and restricted access to Trucking and Delivery, costs are rising out of control. The American people consider increased inflation a TAX!

For over 10 years our leaders have been aware of have tested and have been using the ECOFuelMax a proven and guaranteed pollution solution that could reduce Carbon Pollution and Greenhouse Gases 40% to over 70% TODAY! No Chemicals, No Maintenance, it works on the Scientific Principal of Electrolysis. The cost is minimal for +/-$395 vehicles commercial vehicles could save thousands of dollars annually. Government Funded Certified Reports show it works 100% of the time on all fuel types; it only treats fuel, no warranty issues. Why won’t our leaders include a proven Carbon reducing solution instead of spending billions of dollars on studies on something that already has proven to work?

Why won’t our Government utilize a proven solution TODAY? Carbon Pollution is killing us!

I was asked earlier today at a local S. Florida Barbershop if the Government is aware of the ECOFuelMax? My answer was absolutely yes! Politician’s local or National seem not to care or are against reducing Carbon Pollution, like some Counties in South Florida. To keep the public informed, I have posted all my communications like this one online.

Our country is at a critical turning point which is 99.9% politically driven, aren’t our leaders concerned about the truth and the people they represent. Reelection is the main item on their agenda’s. Thank goodness for Senators like Krysten Sinema and Joe Manchin who appear to be listening to those who elected them? Hopefully they will not fold like others have done before them. The American People are praying.