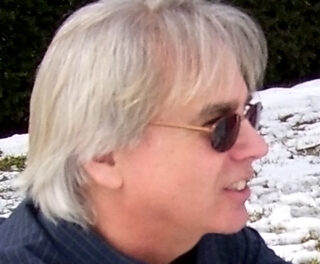 T.E. Music has announced a re-release of the self-titled collection “Tom Ersin & Friends” by the singer-songwriter, performing all guitars and vocals. This was the first CD release from the artist formerly known as Tom, formerly the latest in a rich tradition of one-name entertainers who have bravely chosen rhetorical conservation over self-serving marketing ploys. They’re the strong, the rebels. They use only their first names! And through their sacrifice, precious word count is being preserved for future generations.

All seriousness aside, Ersin also has re-launched his accompanying music website, https://TomErsin.com, to document his storied career. We could tell you it all started when Tom got his first guitar while still in his mother’s womb, and his genius was apparent even then as he … Instead, we’ll say that he’s retired from the music business but wants to keep his songs alive. Tom was a singer-songwriter in the energetic, full-band sense of the term — no introspective neo-folk songs here. (Not that there’s anything wrong with that.) The record grooves in a dated pop/rock/R&B style that was prevalent across middle-aged-musician MySpace pages.

This music’s got melodies. It’s got harmonies. It’s got chord progressions. The lyrics talk to you, and you’ll want to scream back at them. Onstage or in the studio, Tom was one dynamic performer. (Is there any other kind in music press releases?) On a serious note: The backing players are among Greater Detroit’s elite: Roger Noonan on bass; Rob Emanuel on drums; and Tom Curry on keyboards. One way to visualize the flavor of an album is to consider what other artists were ripped off while making it. The songs on this release could easily be considered lukewarm stylistic rehashes of Marvin Gaye, Journey, Chaka Khan, Don Henley, and The Police.

“Tom Ersin & Friends” is available at his website and most of the major music outlets offering product by artists with no chance in hell of ever being heard on any significant level (Spotify, YouTube, Apple Music, Amazon Music Unlimited, iHeart, etc.). For interview requests or musician jokes (“I’d rather have a million-seller than a million in the cellar”), contact the artist at tom@tomersin.com. Or visit his long-dashed hopes and dreams of record business acclaim at https://TomErsin.com.