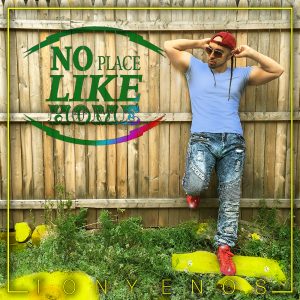 NEW YORK CITY, USA, 2018-Jul-03 — /EPR Network/ — Pop, and Country, and Motown, OH MY! There’s literally something for every music lover on “No Place Like Home.” The third studio album from Cherokee pop/country artist Tony Enos.

Hailed as “the most exciting performer to come out of Philadelphia since Patti LaBelle” by GBMNEWS, the award winning two-spirit entertainer is celebrating a decade in the music industry, and his journey “home.”
“The last three years of my life have been so transformative. It was never my intention to drag the production of a record out for that long, but I just kept growing, and so did the record.”
“Instead of a snap shot of my life at the time, it’s an account of my journey over the past 36 months. My journey “home” to myself, of finding my identity and community.”
The album’s production is dazzling, with 11 of 13 tracks written and produced by Enos. It’s latest single and music video “Gone” was produced by long time collaborator Phil “Insane P” Cason. Video Producer and Director Kate Freer shot, directed, and produced the “Gone” official music video which premiered today on youtube.
Watch it here now:
An acclaimed songwriter, masterfully written lyrics by the Philadelphia born native are ever present throughout the 11 tracks penned by Enos. The album features stirring percussion on songs like “Sergio,” and “Come and Get It”, while the Motown inspired “With All My Love,” boasts symphonic strings and trumpets. “Killer Queen” is a hip-hop inspired pop dance track that even features a middle rap verse from Enos, and “Power To The People” is an acoustic protest style song expressing the 33 year old’s heartbreak and resistance against the current state of political affairs. The album’s title track – Enos’ love song to his home town of Philadelphia –  is an uptempo rock/country song that has delivered NYC crowds to their feet every time Enos has performed it live. A mature and eclectic Enos not manufactured by the cookie cutter, bottom line music industry is what you’ll be hearing on “No Place Like Home.”
To download “No Place Like Home” now on iTunes, CLICK HERE
“What’s different about this album is that it’s an embrace of my fullest self. As a two-spirit cherokee artist, I’m singing about things that are important to me. Not what I’m told should be important to me by mainstream pop culture. The album picks up where ‘The Heat’ left off, and ends in the present.”
The electrifying stage performer burst onto the indie music scene with his 2009 debut album “Did It Rite,” and achieved breakout success with his 2012 sophomore release “The Heat,” which Enos toured nationally with.
Tony Enos will be coming to a town near you as he tours over the next year! So click your heels three times and check www.tonyenosmusic.com for show dates and tickets, because there’s no place – like front row! 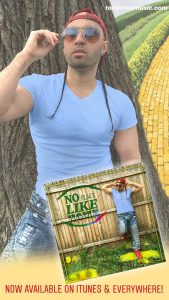