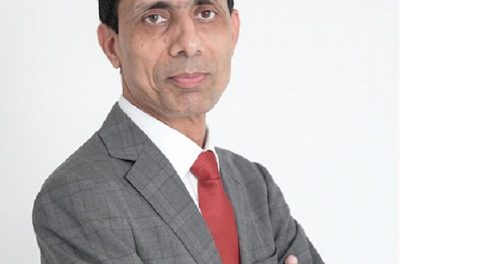 The office of the PNG Prime Minister, Hon James Marape, made the appointment on September 17, saying it was in recognition of Dr Malik’s longstanding relationshipwith PNG and his strong interest in promoting trade, investment and education inthe country.

In his appointment letter, Mr Marape said: “My Government is endeavouring to attract genuine private investors to partner in developing Papua New Guinea andyou have shown interest in this area.”

Dr Malik said he was honoured by the appointment and would be soon holding investment seminars around the world to promote PNG as an attractive business and investment destination.

Dr Malik, who is also known as Reverend Malik, is a path-breaking innovator in thefield of education and a warrior for noble causes. After a successful career in theUnited States of America, Dr Malik moved to Australia in 2009.

He is a noted global educationist and an eminent philanthropist with vast experience and expertise in the field of education, with a vision and yen to succeed. He has educational interests in India, Africa, Australia and PNG.

Recognising that education is the only stable way to actual empowerment, Dr Malik embarked on his crusade of setting up state-of-the-art educational facilities acrossthe globe. He is the founder of the International Open University in Meghalaya statein eastern India (established by the Government of Meghalaya).

He now has on the anvil a series of open universities in India and the Kingdom ofTonga, where he is striving to raise the quality and accessibility of higher education.

A true philanthropist, Dr Malik is involved with many human rights issues and hasalways endeavoured to champion the cause of the downtrodden, the voiceless andthe deprived.

He was a pioneer and lead voice on issues of human rights for Indians in the United States. He has made representations to the Prime Minister of India, President of the United States, ministers of the Indian Government, White House advisors, Members of Parliament in many countries, US Senators, Congressmen, the US State Department, the United Nations and various international human rights organisations.

His outstanding work has been acknowledged by human rights and church-related associations in the US, Canada, India and Africa. He was also honoured with the HindRattan (Gem of India) award this year.

He has set up and is associated with a number of charities and social organizations including International Council of Evangelical Churches, Federation of Indian Christian Organizations of North America, Organisation for Eradication of Illiteracy and Poverty, Minority Empowerment Organisation and the Save the Girl Child Organisation.

Dr Malik spent almost a decade serving as an NGO representative to the UnitedNations.

He has recently launched his pet program, “Feed the Hungry”,in Brisbane. He inculcates in his graduates the finer values and a spirit of service by involving them in providing food to the hungry and homeless every Tuesday, as a way of giving back to the community.

PNG is blessed with abundant natural resources and is home to the third-largest rainforest in the world. It has a population of approximately 8.5 million and is the most diverse country on earth, with around 1,000 tribes who speak more than 800 distinct languages.