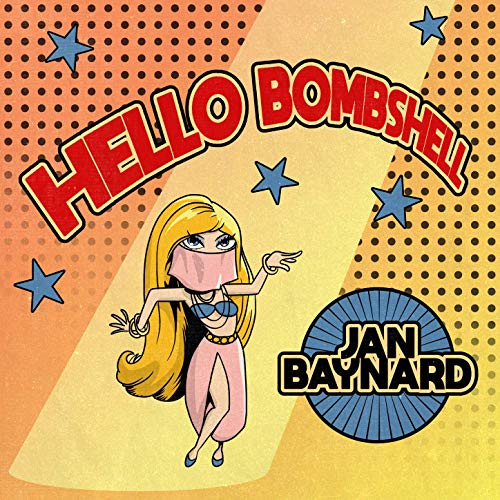 SAVANNAH, Georgia, 2019-Nov-09 — /EPR Network/ — The songwriter and producer of pop, electronic, jazz and other kinds of music known as Jan Baynard has released his official debut single, “Hello Bombshell.” The single has been proudly published as an independent release without the involvement of the corporate music industry. Upbeat, energetic, and undeniably fun, “Hello Bombshell” reminds the world that Jan Baynard is one of Georgia’s most entertaining and inexhaustible songwriters.

Savannah, GA’s Jan Baynard cites as main artistic influences James Brown, James Taylor, the Mahavishnu Orchestra, John McLaughlin, Tonex, Pat Martino, John Coltrane, Kirk Franklin, Barbra Streisand, and Michel LeGrand. Jan Baynard’s own sound changes from release to release, but tends to take elements from each of these for a result that is all his own. This present drop of “Hello Bombshell” stirs the best attributes of ’90s dance music with pro-level RnB singing backed with pop harmonies. The effect works well for earbuds, car stereos, and nightclub playlists alike.

With an emphasis on its thumping bass line, funky groove and Motown-tinged vocals, “Hello Bombshell” by Jan Baynard has a little something for everybody.

Asked to describe the overall meaning of “Hello Bombshell,” Baynard simply calls it a “happy song for lovely ladies!”

A veteran of both the stage and studio, Jan Baynard first studied bass guitar privately in Philadelphia with jazz legends such as Chuck Anderson, Joe Federico, Pat Martino and Dennis Sandole (John Coltrane, James Moody, et al). Encouraged by his teachers to compose originals, Baynard then took a year to study at ASCAP songwriting symposiums in New York City before moving again to Augusta, Georgia to attend the Paine College for Music. It was at this time that he joined a jazz and RnB crew with three members of James Brown’s band to perform throughout Georgia.

After this, Baynard moved to the famous music hotbed of Nashville, TN at Music Row, where he continued to write and perform while networking with some of the finest session musicians and producers in the world. This led him to Fort Lauderdale, where he joined on as a singer and bass player in combos aboard cruise liners which toured Alaska, Hawaii, Africa, Europe, Central and North America, as well as the Caribbean Sea. Throughout it all, Baynard continued to pen his original songs.

Jan Baynard’s debut solo EP record, a pop album called “Incredible” which featured the popular title track, “Incredible, Incredible.” His current official bio closes with a public dedication: “Jan anxiously looks forward to touring and performing his music for his fans and friends all around the globe.”