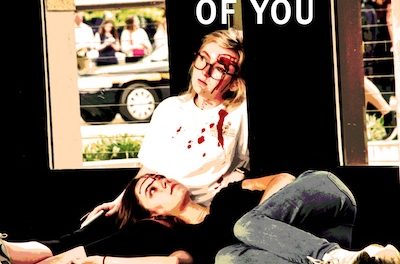 New York City, USA, 2019-Dec-12 — /EPR Network/ — Singer, composer and entrepreneur Darrell Kelley is back, and on the road again. This time it’s not just to promote his latest radio single, “Because of You” (Viral Records), it’s also to raise awareness about the rising level of gun violence that’s plaguing all people in the USA. On an average day in America 96 people die from gun violence. Thoughts, prayers and apologies may be enough for some, but for Darrell Kelley, it’s not. He’s calling out the National Rifle Association for their shift from being a sportsman’s organization to the political lobbying powerhouse it’s become in our country that facilitates the flow of guns out into our streets. With the release of “Because Of You”, Kelley and his Viral Records team have embarked on a nationwide bus tour that will stop at many locations, including those where mass shootings have taken place, to circulate a petition to stop the NRA and get the word out that more than just thoughts, prayers and apologies are needed to stop this scourge enabling the murder of our people.

“A sensible reading of the 2nd Amendment,” says Kelley, “would restrict the purchase of equipment designed for mass murder: large clips, military grade semi-and fully automatic rifles, and ammunition for the same, which could be as easily tracked as over-the-counter medication. Yet none of it will be regulated while the NRA maintains its death grip on our branches of government by coercing politicians and voters with money and intimidation, and restricting our safety and public health.”

Along the route of this tour Team Kelley will not only be speaking to the people in these towns, they’ll also be circulating a petition and collecting signatures. A copy of this signed petition will then be delivered to the National Rifle Association, President Donald Trump, The United States House of Representatives, The United States Senate, The Washington State House, and The Washington State Senate. In addition, Darrell is asking citizens to personally contact the White House and voice their support for anti-gun legislation on a national level, as well as your local representatives, and the NRA Lobbyist Institute: 1-800-672-3888.

Recording Artist Darrell Kelley’s commitment to do his part to help reduce gun violence has inspired him to donate portions of the proceeds from his new single “Because Of You” to this important cause. To learn more go to www.darrellkelleyofficial.com where you can make donations to support this cause. Additional appearances and other events will be announced in the upcoming weeks. His press kit will be provided upon request to members of the media by contacting the representative listed below. More news and updates may also be found at: https://www.facebook.com/darrellkelleysmusic