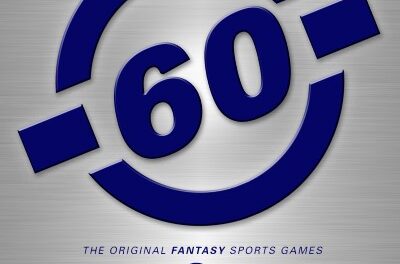 Strat-O-Matic, which has become legendary in the gaming industry and in sports, particularly in baseball, since Richman launched that initial set in 1961, will be upgrading the 1972 and 1956 seasons, two hugely popular years based on fan feedback, to Super Advanced status, for board and digital game play, as a highlight of new products for 2021.

The company is coming off a landmark year, which saw baseball board and Windows platform sales, game product sales, Baseball 365 sales and membership all saw steep increases. The 2020 Strat-O-Matic daily baseball season simulation also brought the company unprecedented attention from popular sports and entertainment personalities and media outlets. Basketball, football and hockey board, Windows, and 365 products also saw increases in sales and interest.

“It is hard to believe that it has been 60 years since we launched our first set of baseball cards,” said Richman, Strat-O-Matic founder. “This year’s offerings will be exciting for our fans, and I’m particularly pleased to be upgrading our first-ever ‘classic’ season of 1956, as it holds a special place for me.”

In addition to the classic baseball seasons, Strat-O-Matic will introduce numerous new products to commemorate the occasion. The popular Heroes series returns for a third edition, along with the 2021 Career Historical Update, Hall of Fame 2021 for Windows and three new Negro League seasons for Windows (1918, 1928 and 1943).

And Strat-O-Matic enthusiasts can show their fandom even more and help celebrate the anniversary with hats, t-shirts bearing the new 60th logo and the classic red game box, available in limited quantities.

Pre-orders for these products, as well as the 60-game and imagined full 2020 season sets, will begin on January 26. The Strat-O-Matic Headquarters will be closed to the public, and while pick up will be available “curbside” beginning on March 5, the company strongly encourages ordering via the strat-o-matic.com website for delivery this year.

“While it’s disappointing to not have our annual Opening Day activities that thousands have enjoyed as tradition for years,” added Richman, “we hope that making available the new seasons and products that so many have been requesting will renew everyone’s excitement for the new year as they help us celebrate.”

About Strat-O-Matic
Strat-O-Matic was invented by 11-year-old Hal Richman in his bedroom in Great Neck, N.Y. in 1948 as a result of his frustration with the statistical randomness of other baseball board games. He discovered that the statistical predictability of dice would give his game the realism he craved. Over the next decade, he perfected the game at summer camp and then as a student at Bucknell University. After producing All-Star sets in 1961 and ‘62, he parlayed a $5,000 loan from his father (and made a deal that if it didn’t work out he would work for his father’s insurance company) into the original 1962 Strat-O-Matic Baseball season game. Needless to say, Hal never had to take a job with his father.

Strat-O-Matic, based in Glen Head, NY and on the Internet at www.strat-o-matic.com, manufactures the top selling sports board games and realism/stats sports digital games. The Company publishes baseball, football, basketball and hockey games to play both on and off your computer and mobile screens. “Strat-O” games are known throughout the sports community for their statistical realism and accuracy. The Company has the world’s greatest sports game stat libraries with top-of-the-line seasons dating back to the early 1900’s. At the start of the 2016 MLB season, Strat-O-Matic introduced Baseball Daily, its first product featuring digital player cards that update every day to reflect real life current player performance as the season progresses.