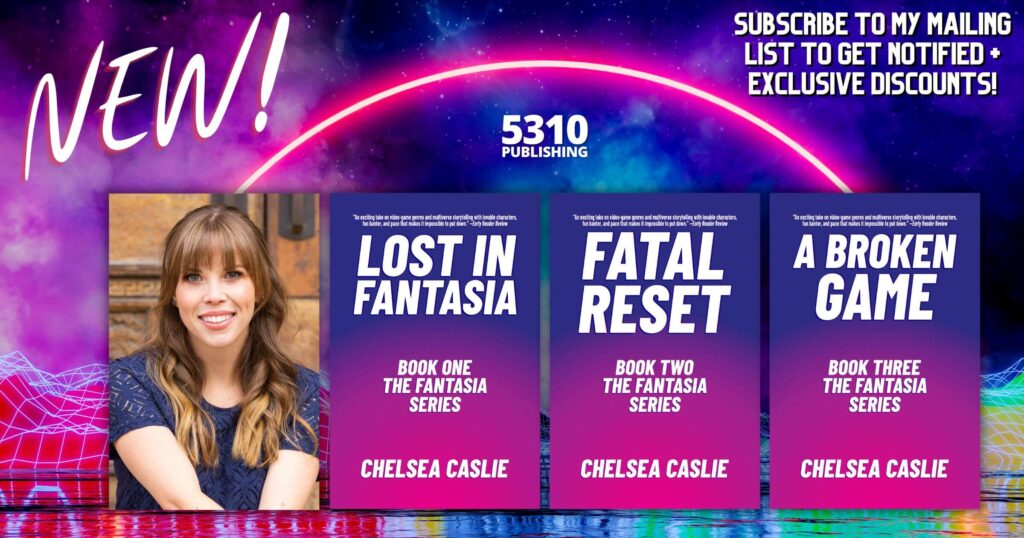 WINDSOR, Canada, 2022-Sep-10 — /EPR Network/ — 5310 Publishing is delighted to announce a new science fiction and fantasy trilogy, The Fantasia Series, written by California-based author Chelsea Caslie. The Fantasia Series is a Sci-fi and Fantasy trilogy composed of Lost in Fantasia, Fatal Reset, and A Broken Game. The first book, Lost in Fantasia, is set to release worldwide in March 2023.

When virtual reality takes over, it’s hard to tell the difference between what’s real and what’s not. Sharing similar themes with HBO’s Westworld, Netflix’s Black Mirror, and Ernest Cline’s novel and movie Ready Player One, Lost in Fantasia is about a future utopian world that has been taken over by technology and augmented reality. In less than a hundred years, virtual reality took over real life and built an experience indistinguishable from imagination—until a glitch began eating it away, destroying Tack’s reality. After her partner disappears, infected by the glitch, Tack is forced to find answers to determine if he is dead or alive. If Tack can’t stop the glitch, she risks more than just losing her partner forever—everything she knows and loves might come to an end.

Readers can go to 5310publishing.com/book/lostinfantasia to learn more about the first book and to subscribe to the publisher’s mailing list to get notified and to get exclusive discounts when the book is available.

Chelsea Caslie is an author, reader, and avid video game player who incorporated all of her passions into The Fantasia Series. A perfect day is when she plays video games next to her dog. When it comes to video games, the longer and more immersive the better, and you’d probably find her playing the same games as the main characters from her debut trilogy. Chelsea was born and raised in California in the San Francisco Bay Area where she still lives with her family and dog.

About the Publisher: 5310 Publishing is home to original and skilled authors who want to cause a positive impact. We publish stories that readers can relate to. We help writers who want to help, encourage, and heal others. Always looking for people who want to transform society and their community, 5310 believes that innovation starts with us, and only we have the capability to build a better future. Follow us: @5310publishing on Twitter and Instagram.