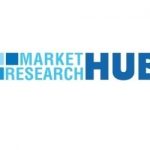 The cathode material output of China reached 161.6 kilotons in 2016, which increased by 43% on a YoY basis. The growth was mainly driven by a 60% output increase in power battery market. In 2016, the growth of China’s cathode material production value (RMB 20.8 billion in 2016, increased by 54%) was faster than its output due to the continuous pricing increasing.

The NCM&NCA output of China was 54.3 thousand tons in 2016 with a growth rate of 48.8%; production value increased over 60% to RMB 7.98 billion. It accounts the highest production value share in major 4 kinds of cathode materials. Q1 of 2017 still maintained a high growth posture with a 68% increase in production. The boom of NCM&NCA shipments were mobilized by the keen demand from China’s electric vehicle, electric bicycle and mid-low-end digital markets. It is estimated that by 2020 the demand of NCM and NCA in China will grow to 208 and 20.4 kilotons respectively on the basis of in 1kwh battery energy will consume 1.3 kg NCM/NCA.

The output of LFP was 57 kilotons in 2016 with a YoY growth rate of 75%. The development of power battery and energy storage battery markets have affected the demand positively. But due to the original limitation of LFP’s energy density, the usage of LFP will probably see the ceiling around 2018-2019 and transfer to a downturn trend. The global LFP capacity is concentrated in Mainland China and Taiwan.

In 2016, the total output of power battery in China reached 30.8GWh, which directly drove the large demand growth for NCM&NCA. Meanwhile the upstream lithium carbonate met a short supply and the price surged to RMB 145 thousand, coupled with the rebounded nickel and cobalt. All these factors supported the continuous increase of NCM&NCA price during the whole 2016.

There are two kinds of spinel HV material: LiNi0.5Mn1.5O4 and LiCoMnO4. Both of them are under R&D currently. Its working voltage is 5V and energy density is about 200-250Wh/kg. In addition, every kilogram of Li in spinel cathode material can create 16KWh’s electric quantity, which is higher than the LMO (11KWh) and NCM (10KWh). This means a much more economic use of Li.

The energy density roadmap of power battery-lightweight + high nickelic + enlargement of monomeric dimension. At now widely used in power batteries are NCM111, NCM532 AND NCM523, however the technical routine is fast transferring to NCM622, NCM 811 and NCA. Samsung SDI supplies power batteries with NCM622 to its clients, for example, BMW. NCM811 has basically the same density with NCA.

The TOP10 LFP material manufactures in China accounts for nearly 85% of the market share, yet it doesn’t stop other enterprises stepping into the market. According to incomplete statistics, along with the operation of LFP capacities under construction, the total LFP capacity will reach 250 kilotons in 2018, which will be highly above the demand of around 90 kilotons. LFP batteries will be mainly used in electric buses and gradually turn to energy storage use in the future.

China has many NCM&NCA manufacturers, but all of them are not as strong as their foreign rivals. According to GGII, by the end of 2016, there’s no manufacturers in China shipped NCM&NCA over 8000 tons. The homogenization is serious and most of their products are 523 and 111. Besides, lacking of core patents and duplicate construction of low-end projects are still problems. Currently the NCM patents are mainly held on the hands of 3M and Argonne National Laboratory. Competitors like BASF and Umicore purchase right to the use of these patents, while Chinese manufacturers are lack of such awareness. This could cause pantent disputes on export when NCM widely used in the industry.

Currently manufacturers in China, such as CATL, GEM, Guoxuan High-tech Power, B&M Science and Technology, etc., are under development of high-nickelic NCM/NCA materials. But this kind of material has high technical barriers, particularly in the preparation technics and production environment. Many technique difficulties are still awaiting domestic manufacturers to deal with.

Make an Enquiry for this Report – http://www.marketresearchhub.com/enquiry.php?type=enquiry&repid=1230547