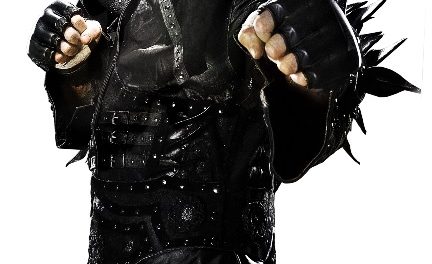 For more than two decades, “The Deadman” has loomed over the WWE landscape like a menacing shadow, spelling out doom for those who dare cross him. Imbued with seemingly mystical abilities and preternatural in-ring ability, The Undertaker is a WWE great in a class by himself, and no list of legends would be complete without him.

First introduced at Survivor Series in 1990, it wasn’t long before he began to battle with WWE Hall of Famer Hulk Hogan. This clash set the tone for Undertaker’s dominant career. No one was too big and no one was safe from his gloved grip.

While this marks the inaugural Wizard World event in Oklahoma City, Wizard World held three successful events in nearby Tulsa from 2014-2016. Undertaker was a guest at the Tulsa event in 2015.

Wizard World Comic Con Oklahoma City is also the place for cosplay, with fans young and old showing off their best costumes throughout the event. Fans dressed as every imaginable character – and some never before dreamed – will roam the convention floor and participate in the famed Wizard World Costume Contest on Saturday evening.

For more on the 2017 Wizard World Oklahoma City, visit http://wizd.me/OklahomaCityPR.

Wizard World, Inc. (www.wizardworld.com) produces comic, gaming and pop culture conventions across North America that celebrate the best in pop culture: movies, television, gaming, live entertainment, tech, comics, sci-fi, graphic novels, toys, original art, collectibles, contests and more. A first-class lineup of topical programming and entertainment takes place at each event, with celebrity Q&A’s, comics-themed sessions, costume contests, movie screenings, evening parties and more. Wizard World has also launched the digital Wizard magazine and introduced WizPop, a daily news service reporting on the biggest pop culture  stories of the day, and featuring a weekly recap covering the news of the week. Fans can interact with Wizard World at www.wizardworld.com and on Facebook, Twitter, Pinterest, Instagram and other social media services. Additional initiatives may include an augmented touring schedule of Wizard World shows, fixed-site installations, curated e-commerce, and the production and distribution of content both in the U.S. and internationally.

The 2017-18 Wizard World convention schedule is available at: http://www.wizardworld.com/comiccon.