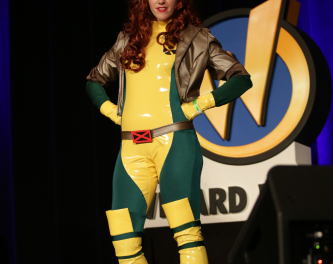 LOS ANGELES, 2018-Sep-06 — /EPR Network/ — With several of its traditional cities plus the exciting “Ghostbusters Fan Fest” as highlights, Wizard Wizard World, Inc. (OTCBB: WIZD) today announced the initial 11 events to be held in 2019, beginning with New Orleans, January 4-6. Additional cities and venues are still to be scheduled and will be announced when finalized.

Wizard World also announced that its Springfield, Mo., and Montgomery, Ala., shows, which were originally scheduled for October 26-28 and November 9-11, 2018, as first time markets, will not be held. All remaining 2018 Wizard World events will proceed as scheduled.

The 2019 calendar will see the return of Wizard World’s two longest-running events, Chicago (22nd year) and Philadelphia (19th annual). In addition, Wizard World will hold its tenth Austin and ninth New Orleans and Columbus shows, as well as its seventh visits to Portland and St. Louis, respectively. The dates for Tulsa and Sacramento will be established following the 2018 events in those cities. Tickets for all 2019 Wizard World events are available for sale now at http://www.wizardworld.com.

The rosters of celebrities and artists at each city are still being formed; those, as well as entertainment and programming schedules, will be announced closer to each respective date.

Wizard World is also the place for cosplay, with fans young and old showing off their best costumes throughout the event. Fans dressed as every imaginable character – and some never before dreamed – will roam the convention floor and participate in the famed Wizard World Costume Contest on Saturday evening at each show.